The minister of higher education has reported that normal situation in Kabul University has resumed, but has also announced that dorm will be closed until further decision.

Dr. Najibullah Khawja Omari published a Facebook post: “the conflict started on food turn between 2 individuals and then changed to group fight that has provided the ground for Political opportunists.”
He later clarified that the situation has been controlled thanks to security forces and ministry officials. 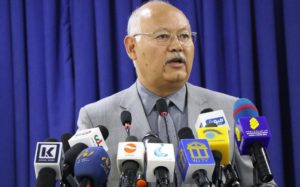 Najib Danish, the spokesperson to Ministry of Interior told Reporterly that the situation around Kabul University is under the control of police.

“Pursuing students conflict, Police Quick Reaction Unit entered the area and separated students who had a brawl,” he added.