The Pakistani Prime Minister at a joint press conference with President Ashraf Ghani said that Pakistan would do everything possible to reduce violence in Afghanistan. “Pakistan has played an important role in initiating talks between the Taliban with Afghanistan, but violence has increased in Afghanistan even after peace talks begin,” added Prime Minister Khan.

“We assure you that we will work beyond your expectations,” Mr. Khan continued. 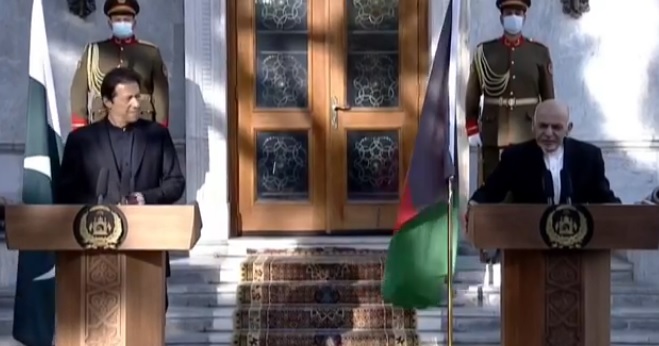 He thanked President Ashraf for inviting him to visit Kabul and said that he wanted to come here for the last 50 years, but now he has got this chance.

It is Imran Khan’s first visit to Afghanistan after assuming the office of Pakistan’s Prime Minister in May 2018. He was accompanied by his Commerce and Investment Adviser, Foreign Minister, and some other officials during the visit. Mr. Khan arrived in Kabul on his Afghanistan visit today. Earlier yesterday, Pakistan Foreign Ministry said that this Afghan visit by Imran Khan is about the exchange of high-level matters between the two countries.