Chief Executive Abdullah on his visit to Paris, met with UNESCO Director-General as well as President of the French senate in two separate meetings.

As per two different statements by Dr Abdullah on social media, it was informed that he met with the two important leaders.

Dr Abdullah added that in his meeting with Audrey Azoulay, the Director-General of UNESCO, the two discussed bilateral relations. Work and activities of UNESCO in Afghanistan and “promises to increase and intensify our work in areas of education and preserving historical sites” 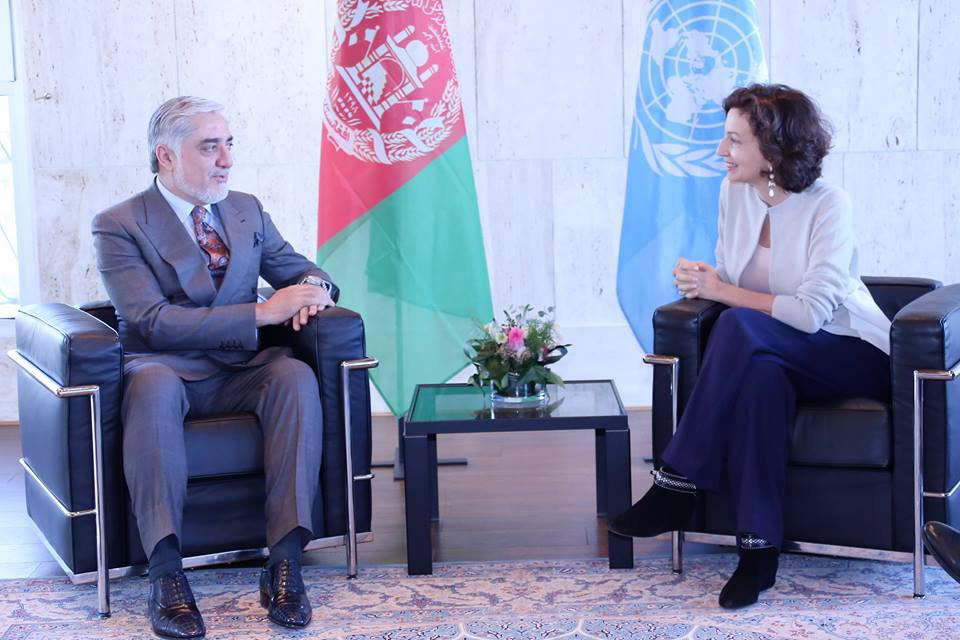 President Ghani visited the victims of Tuesday’s Kabul blast in the hospital on Wednesday night. There…