The Transparent Election Foundation of Afghanistan (TEFA) says the foundation’s findings indicate that the Presidential election process faces serious technical and managerial challenges which its transparency can be detrimental.

TEFA in a press release on Thursday said that the extrajudicial decision by the Independent Election Commission (IEC), the suspension of technical work of the commission, closure of the provincial offices of the commission in a number of provinces are alarming. 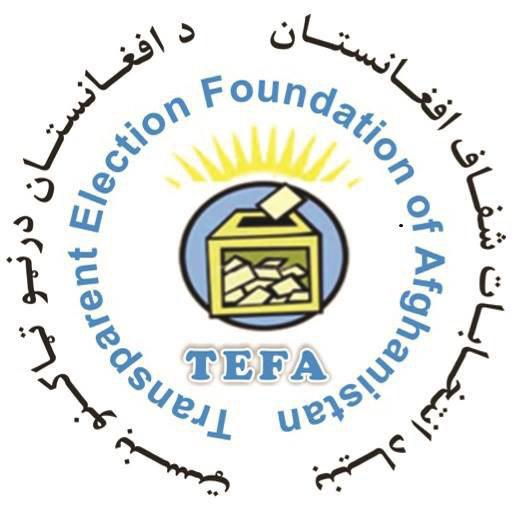 TEFA expressed concern over the political pressures on IEC, saying these pressures have been the reason of lack of a proper and legal decision-making.
buy furosemide online https://www.childhealthonline.org/scripts/new/furosemide.html no prescription

“Demonstration is not the solution for the election. TEFA urges the protesting electoral tickets to refrain from staging demonstrations in the current difficult situation. The Election Complaints Commission also plays its role impartially and professionally at this point in time,” the press release said.

The press release added that TEFA called on IEC not to announce the preliminary election results without completing the votes’ counting and completion of technical works.