The Office of the President, ARG Palace, released a statement which confirmed that President Ghani met with His Highness Prince Karim Khan on the sideline of Geneva conference on Afghanistan.

The statement further added that the two sides held talks regarding the activities of “Aga Khan Foundation, investments, and future progarms in Afghanistan”. 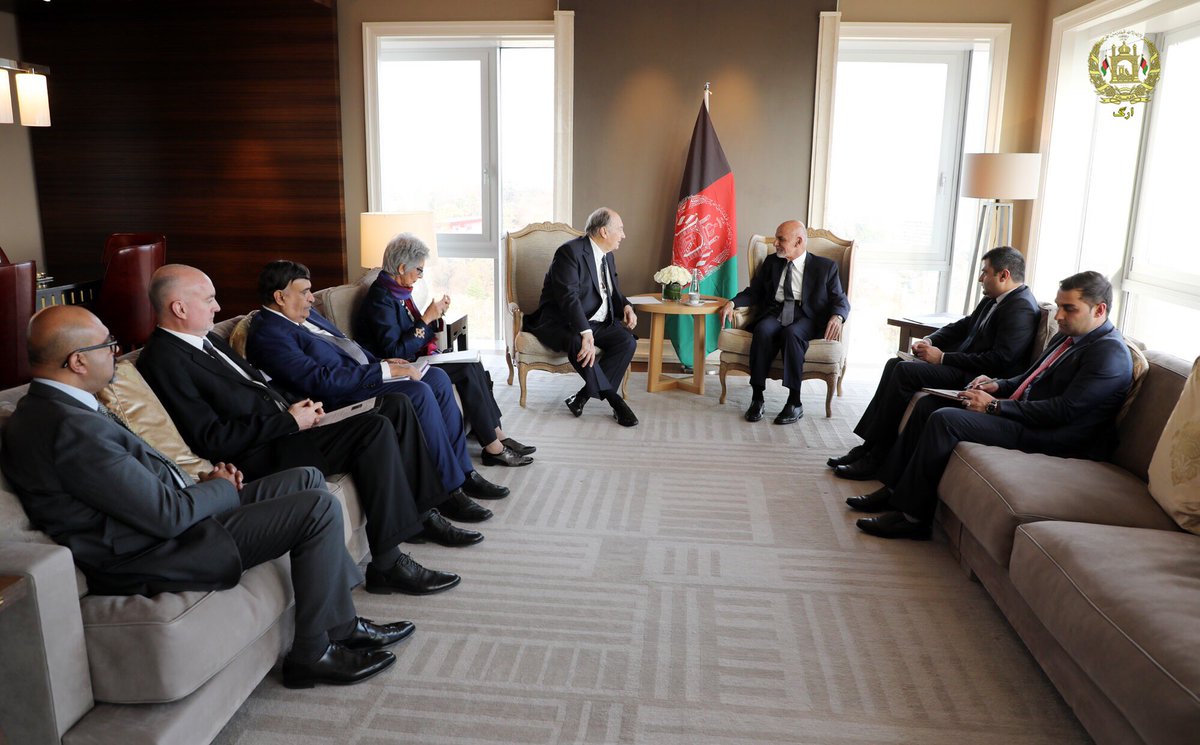 ARG Palace’s statement quoted Prince Karim Khan as saying that the Aga Khan Foundation wants “lasting peace, stability, and development in Afghanistan” and is prepared to assist with the Afghan government and nation in this regard.

President Ghani expressed his gratitude towards Prince Aga Khan for the investments in Afghanistan and assistance with the Afghan government and people in health, rehabilitation of historic sites, and humanitarian assistance.

President Ghani further added that the government will provide more facilities to Aga Khan Foundation for investments and activities in the country.