At the third anniversary of the Afghanistan Food Security and Nutrition Agenda on Thursday, Danesh said that the entire world is facing the challenges of food security with war, poverty, inequality in resource distribution, rising food prices, water shortage, environmental degradation and famine some of the main reasons.

In Afghanistan, he said, the continuing violence has taken a toll on resources with the Taliban destroying public infrastructure, and this has prevented the launch of economic and development programmes. He emphasised that the war must end for peace and stability to be established. 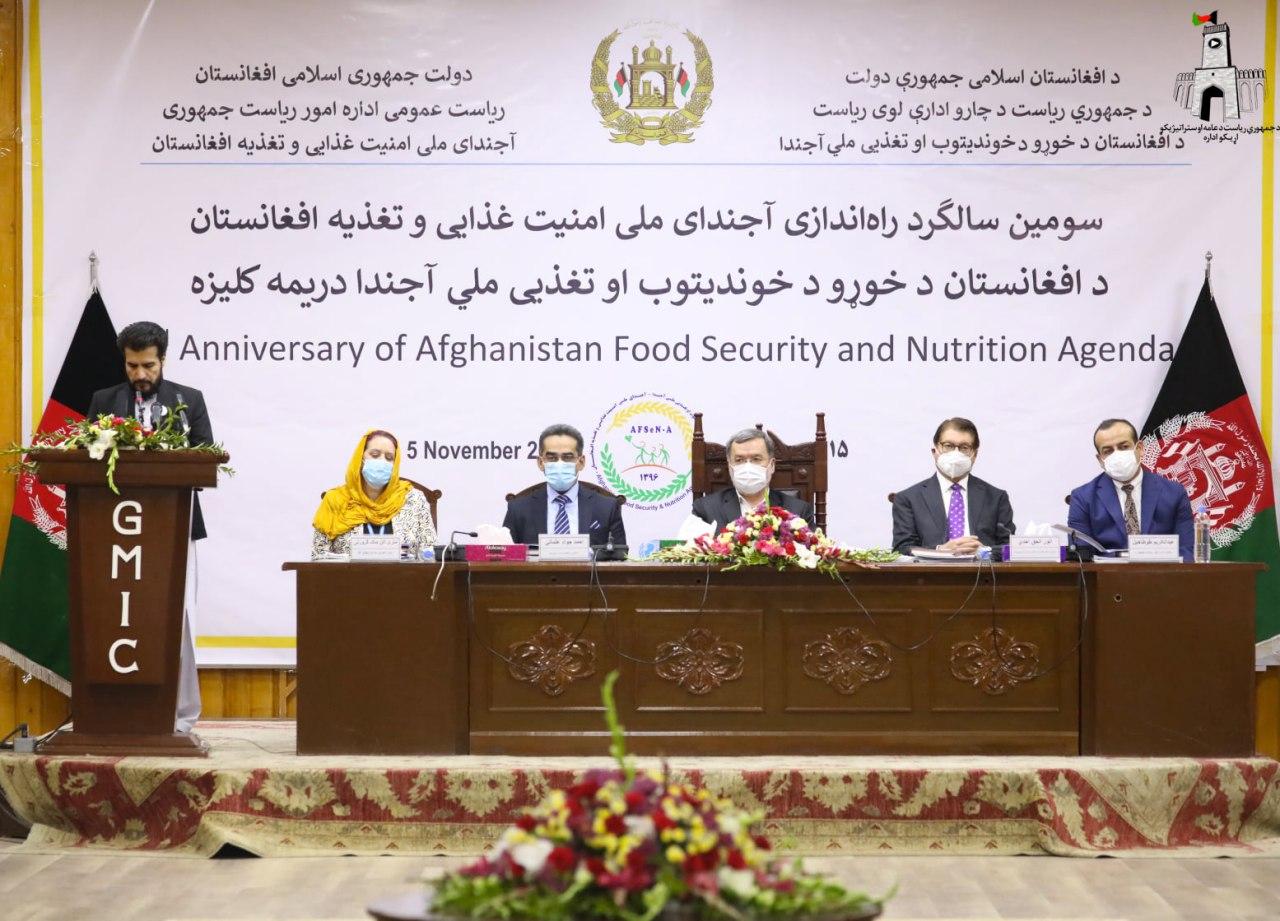 Speaking at the event, acting Minister of Health Ahmad Jawad Osmani said food insecurity causes various diseases and developmental issues among children and prevents them from living a healthy life. He added, that food security is all the more needed for pregnant women, mothers and children.

Mary-Ellen McGroarty, WFP Representative and Country Director in Afghanistan, assured them that the United Nations (UN) will work with the Afghan government.

The city of Kabul is “drowning” in disorder said First Vice President Amrullah Saleh on Thursday,…