First Vice President Amrullah Saleh said on Thursday that the arrest of the 13 policemen was premature as the investigations into who failed to prevent the Kabul University attack have not been completed.

“The arrest of 13 unidentified police soldiers under the guise of negligence is meaningless,” Saleh said, adding he has ordered for them to be released with dignity as the definition of negligence in this case has not been determined yet.

Saleh, who is in charge of security in Kabul, has also been asked to coordinate between all the security and intelligence institutions to expedite the investigations and keep the public updated. 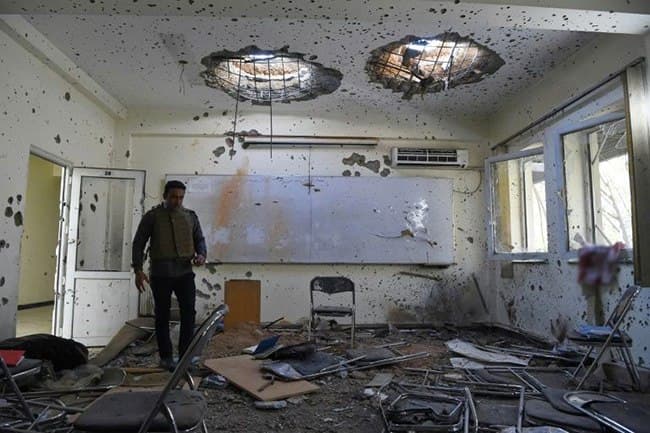 He said the security system as a whole may need to be critically reviewed, but he assured that they will not allow any “sacrificial goats” and follow the law.

He also reiterated that the Taliban are responsible for the attack and he has briefed the Cabinet, on the orders of President Ashraf Ghani, on the preliminary investigations.

The Taliban have repeatedly denied their involvement in the attack with the Afghan government and the militant group exchanging words over social media following the Monday attack.