Supporters of Gulbuddin Hekmatyar’s Hezb-e Islami party blocked the road leading to the Loya Jirga tent in Kabul city on Thursday, to block the supporters of former president Dr. Najibullah Ahmadzai from entering.

The demonstration was held to protest the commemoration of the 24th anniversary of the assassination of Najib which was to be marked today. 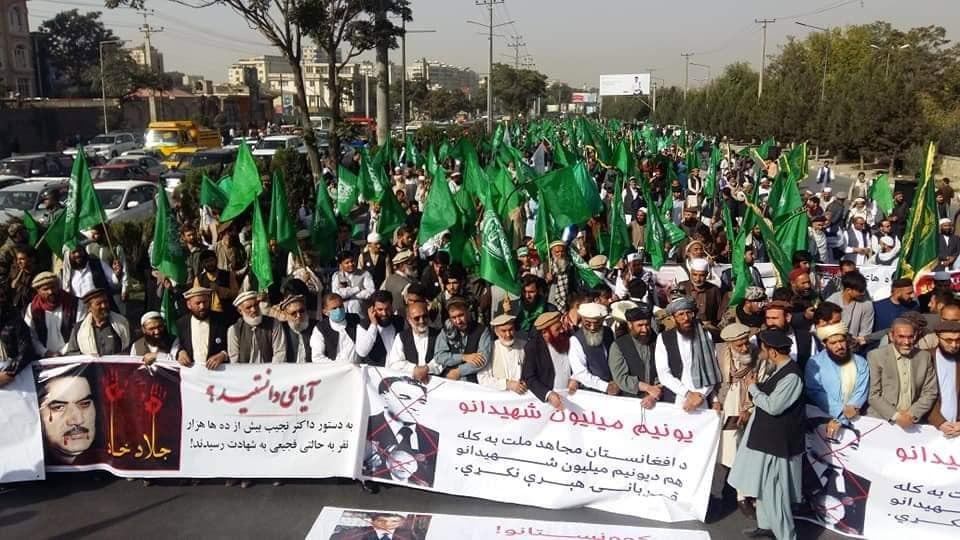 The rally ended without violence, the Kabul Police Command said.

The debate on holding the memorial ceremony also disrupted the plenary session of the House of Representatives on Wednesday. A number of lawmakers said that Najib’s supporters had the right to mark his anniversary under Article 36 of the Afghan constitution.

Last week, a memorial ceremony for Najib was scheduled to take place in the Loya Jirga, but opponents stormed the event and prevented it.