Officials from the Ministry of Defense have announced the signing of a new policy to prevent harassment of women in the ministry.

Defense Minister, Tariq Shah Bahrami, in presence of other MoD officials and a number of female ANA personnel, signed a policy on prevention of women sexual harassment in Ministry of defense. MoD statement reads,
“From the Government of the Islamic Republic of Afghanistan, the leadership of the Ministry of Defense and the chief of General Staff until the last ANA soldier, we are all committed to ensuring that our sisters have a safe and secure environment for serving the Afghan people within the framework of the Ministry of Defense, and by signing this policy we will prove our commitment to our sisters. ” said the Minster of defense. 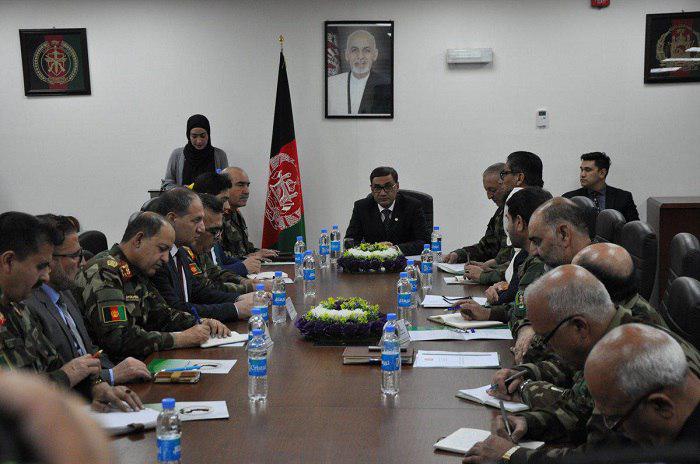 Mr. Bahrami added that the Ministry’s continued and serious struggle against the phenomenon of sexual harassment has raised the credibility of the Ministry of Defense and raised the process of recruiting ANA personnel.

He further emphasized that all departments and detachment units of Ministry of Defense are required to implement this policy, and no procrastination or neglect is acceptable in this regard.

The policy has been prepared by the Directorate of Human Rights and Gender Coherence of the Ministry of Defense in four chapters.