There are no changes, modifications and suspensions in the distribution of electronic ID cards, Fazel Fazly, director general of the Administrative Office of the President, wrote on Facebook on Wednesday.

In response to the approval of the draft amendment of the electronic ID card by the House of Representatives, Fazly said that law has not been amended yet and the distribution is going on as before and people can get the cards from the relevant departments. 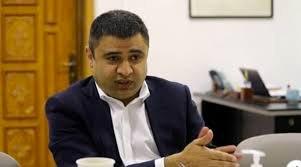 The House of Representatives on Wednesday approved the draft amendment to the to the Population Registration Law to modify the electronic ID cards and removing nationality and ethnicity information from there.

The amendment had also been sent to the Internal Security Committee to be followed up.

Meanwhile, the members of parliaments had asked the National Statistics and Information Authority (NSIA) to stop the process of distribution of the ID cards so that the changes can be reviewed.