The meeting discussed cooperation in political and security matters, and all the countries called for settling the Afghan conflict on the principle of an “Afghan-led, Afghan-owned and Afghan-controlled peace process,” according to a joint statement.

According to the Indian Ministry of External Affairs (MEA), they also condemned terrorism and reaffirmed their determination to destroy terrorist safe havens, infrastructure, networks, and funding channels. 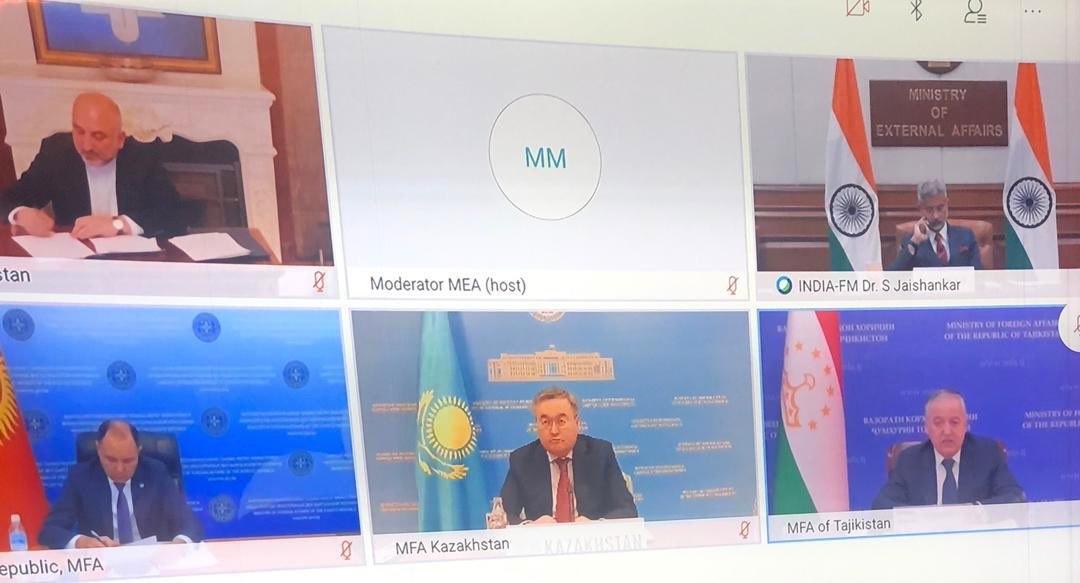 “They also underlined the need for every country to ensure that its territory is not used to launch terrorist attacks against other countries,” the statement said.

Atmar noted that the ministers emphasized the importance of regional connectivity and Afghan peace for regional security and prosperity.

The ministers also appreciated New Delhi’s efforts to modernise Chabahar port in Iran as an important link in trade and transport between markets in Central and South Asia via Afghanistan.

India also extended a $1 billion cline of credit to the Central Asian countries for priority projects in connectivity, energy, IT and health care.