Former Iranian foreign minister Ali Akbar Velayati on Wednesday said Iran opposes the continuation of the war in Afghanistan and said any kind of war among Muslims was “foul” as he reiterated Tehran’s support for the peace process.

Velayati was meeting the Afghan Ambassador to Tehran Abdul Ghafoor Lival and voiced opposition to the presence of American forces in Afghanistan. 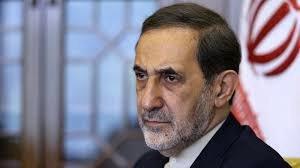 “Any kind of war among Muslims is foul because Muslim blood is sacred,” Velayati said.

Velayati also warned of the threat posed by the Islamic State (Daesh) to the prospects of peace and security in the country.

Lival thanked Iran for their long-held position for establishment of peace and security in Afghanistan.