The Afghan National Security Adviser, Hamdullah Mohib has said that many Taliban commanders, hardliners that did not want to join the peace process are going to join the Islamic State (IS) group.

Hamdullah Mohib in an interview with Fox News said that this threat may increase over a period of time.

“For the time being, ISIS is not a strategic threat to us. We have been able to get rid of them in places they have taken hold. But if the peace process goes wrong and doesn’t really integrate all of the Taliban, the hardliners may join ISIS, which is when it will become a strategic threat to us and our international partners”, Mohib said.

Last month, President Trump abruptly canceled the year-long Doha talks after the death of an American soldier in a Taliban-executed bombing, throwing the future of the talks into disarray. 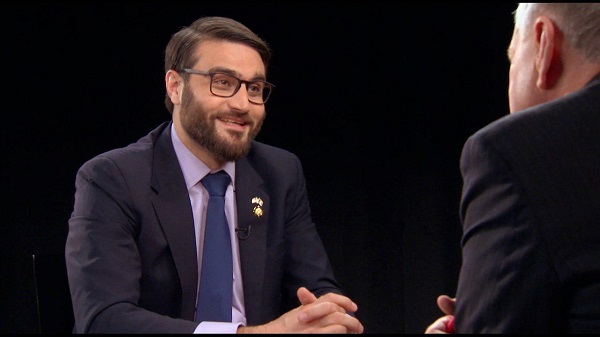 As per Fox News report, Mohib said such a move was the right one and that the only way forward for the insurgent outfit was to sit down with the Kabul government – which they have bluntly refused to do – underscoring that all the progress made by the U.S delegation was not lost.

“Now we are in a very good place to begin real peace negotiations. It was not all a waste. I think there are parts we can salvage,” he said, adding that they are analyzing what prevailed and what can be redeemed for future use.

But also a cause for concern is the notion not only of Taliban members aligning with ISIS, but they are also merging with Al Qaeda more than eight years since the death of its leader in a Navy SEAL raid.

President Trump also last month confirmed that Hamza bin Laden, the son of Usama bin Laden and an emerging Al Qaeda leader, had been killed in a U.S. counterterrorism operation. While the time and place of his death have not been confirmed, Mohib indicated it was “probably Pakistan” and marks an important feat in the fight against terrorism.

“Leadership matters in all of this. Symbolic leadership matters,” he stressed. “But there is a blurred line between Al Qaeda and the Taliban now. They have been inter-marrying, they work together, their ideologies have merged. There is very little difference between the Taliban and Al Qaeda today.”

One of the primary negotiation points between the U.S and the Taliban in the now-shuttered U.S-led peace process was that the Taliban was not to provide safe harbor to such groups that pose international security threats and threats to the U.S. homeland.