Second Vice President Sarwar Danesh said on Thursday that if the Taliban stayed true to their claims of abiding by their deal with the U.S., then they should come to the negotiating table with the Afghan government as soon as possible.

Speaking at an environment summit, “Our Role in Protecting Clean Air,” Danesh said war has a devastating effect on the country’s environment and this proves must end.

He called the conflict “another dangerous enemy of the environment” and said that along with the loss of civilian lives, it has damaged the country’s economy, culture and politics, on top of causing pollution.

“Even one of the most important causes of air pollution is war. A country that has been at war for 40 years – has seen violence, explosions and fires. How can we expect a clean environment?” 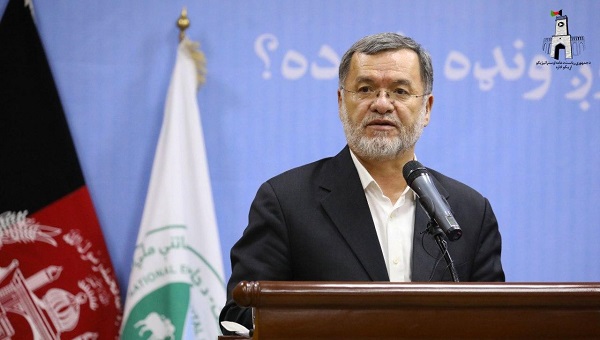 According to Danesh, peace is a basic necessity for a “clean environment” while forest fires, mine clearing and use of chemicals are rooted in war.

“The government of Afghanistan has fully supported the process that has been initiated to bring peace… [The government] has removed the obstacles to peace,” the second vice president said.

He then called on the Taliban as the other negotiating party to understand their responsibilities under the Doha agreement.

The Taliban has claimed that the Afghan government has been delaying the peace talks by not releasing all their detainees.