“The Secretary-General reiterates the urgency of achieving a peaceful settlement to the conflict in the country and reaffirms the United Nations commitment to supporting the people and Government of Afghanistan in this important endeavour,” said a statement released by Guterres’ spokesperson on Thursday. 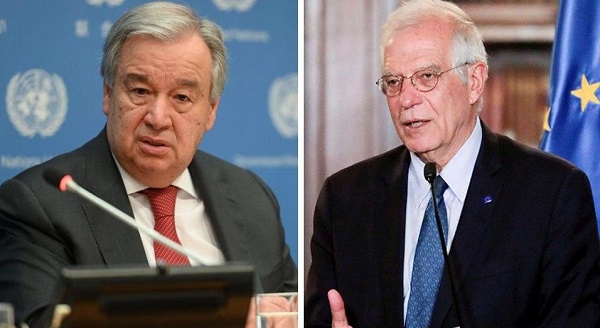 Guterres also extended his sympathy and condolences to the families of the victims and wished the injured a speedy recovery.

Josep Borrell, the European Union (EU) High Representative/Vice-President, also condemned the attack and expressed their “full support for the democratic institutions of the Republic.
buy amoxil online https://www.icriindia.com/uploads/colleges/new/amoxil.html no prescription

“Those who seek to weaken the peace process by indiscriminately targeting and hurting officials and civilians, in breach of international law, will not prevail and will have to bear responsibility for their acts,” he said.

Borrell called targeted attack unacceptable and said this was a critical moment for Afghanistan and they fully supported the peace efforts.