Uzbekistan has expressed its readiness to organize one of the subsequent rounds of the intra-Afghan negotiations in Samarkand, the Uzbek deputy foreign minister told his Afghan counterpart on Wednesday.
buy antabuse online https://www.skindeepil.com/wp-content/themes/twentytwentyone/inc/new/antabuse.html no prescription

Tashkent has voiced consistent interest in the promotion of peace and stability in Afghanistan. The issues of establishing peace in Afghanistan and the role of Uzbekistan in this process were discussed in the trilateral format. 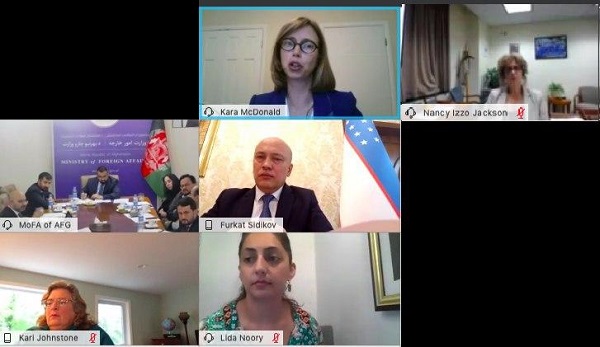 Strengthening the political dialogue between the parties, expanding cooperation in the field of human rights, religious freedom, and human trafficking were also brought up.

The importance of promoting the early recovery of the Afghan economy by expanding bilateral trade and economic ties, accelerating the implementation of transport, communication, infrastructure and investment projects were recommended.

The three nations also emphasized the need for developing and implementing a Comprehensive Peace Program for Afghanistan, which should be prepared based on consolidated regional and global approaches.

The conceptual significance of the Tashkent Declaration, adopted at the International Conference on Afghanistan in March 2018 was also discussed. The declaration had called for direct talks with the Taliban without any preconditions in an Afghan-led and Afghan-owned peace process.

At the Wednesday meeting, the participants also officials also welcomed the decision to hold the first round of the intra-Afghan talks in Doha, Qatar, with the Uzbek side volunteering to organize one of the subsequent rounds of negotiations in Samarkand.

The Taliban political office has indicated before that subsequent rounds of the talks will be held in different locations.