Stability and Partnership Electoral Team led by Dr. Abdullah said, that they possess documents from State-Builder which show that Ashraf Ghani meddles in the work of Electoral Commission and even some recent government appointments are linked to the upcoming election.

Addressing a news conference in Kabul on Thursday, Ali Ahmad Osmani, head of Stability and Partnership Electoral Team said that president Ghani, the head of State-Builder Team appointed 6 people in the election commission, during election campaign.

He added that Mr. Ghani has ignored the suggestion of Independent Election Commission regarding the appointment of IEC head of Kabul office. 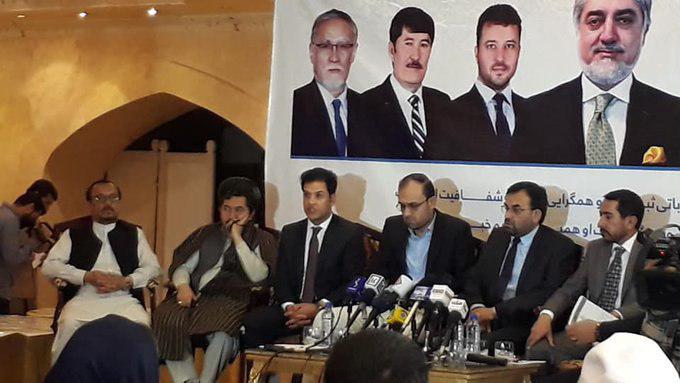 Mr Osmani claimed that, “The recent appointments made by Mr. Ghani have been based on electoral deals, and he has appointed his preferred person as head of IEC office in Kabul”.
buy grifulvin online https://mb2dental.com/wp-content/themes/twentytwenty/inc/new/grifulvin.html no prescription

“Stability and Partnership team is fully prepared to go to the polls and is determined to take a stand against fraud and also prevent it”,Osmani said.

He further emphasized that, they have documented numerous election-related violations by the State-Builder team and provided them to Election Complaints Commission.

Meanwhile, Presidential Election are set to he held on 28th September in Afghanistan. The election will be held, despite the fact that 17 presidential candidates have yet not launched their election campaigns in a number of provinces.

The Washington Post reported this Wednesday that over 775,000 US soldiers have served in Afghanistan at…