Chinese State Councillor and Foreign Minister Wang Yi said they will support Afghanistan’s “peaceful” reconstruction and orderly withdrawal of foreign military troops in a “responsible” manner to ensure the stability in the conflict-torn country,.

Speaking to Xinhua News agency, Wang said, “Being a sincere friend of Afghanistan, China wholeheartedly hopes that all parties to the Afghan talks will set the national interests as a priority and will manage to find an effective solution of the Afghan problem as soon as possible.”

He stressed that the fundamental direction of political settlement, the basic principle of the Afghan-led approach, and the framework goal of broad inclusiveness should be adhered to during the negotiations between the Afghan government and the Taliban. 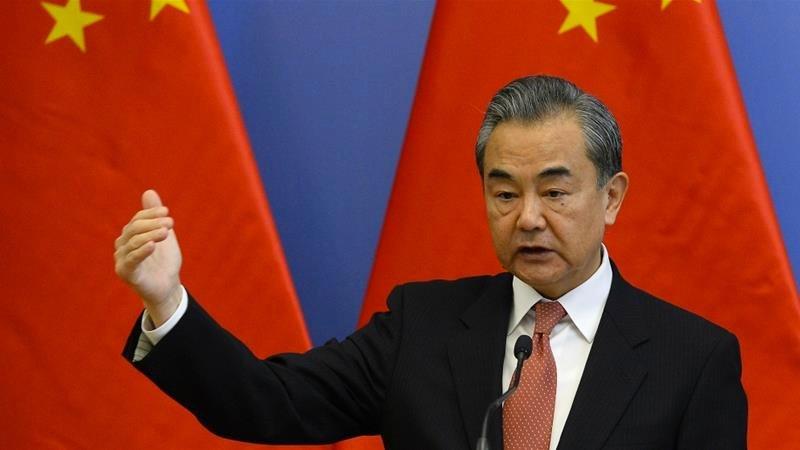 Wang stressed that the quick end of the military chaos in Afghanistan was not just a hope of the Afghan people, but an important interest of the region and the whole international community.

“As earlier, China will support the reconciliation process in Afghanistan,” he said.

“We are calling on the international community and regional countries to respect the principle of fairness, jointly support the restoration of peace in Afghanistan, [to ensure] responsible and well-ordered withdrawal of foreign troops to secure the gradual transit.”

He hoped that the new decided upon Afghan governmental system would “unswervingly” combat terrorism, pursue peaceful and friendly foreign policy, and push Afghanistan onto a path of peace, stability and development.