Following media coverage of the gang rape of a teenage girl in Balkh, President Ashraf Ghani issued an “urgent order” to investigate the case.

Presidential spokesperson Sediq Sediqqi wrote on Twitter on Thursday, that Ghani had instructed the Office of the Attorney General and the National Directorate of Security to start the investigations.

The president expressed “his deep concern over this issue” Sediqqi said.

The government is also taking other practical measures to help the girl by taking care of her health and she is being treated at the Ghazi Amanullah Khan Hospital in Kabul. 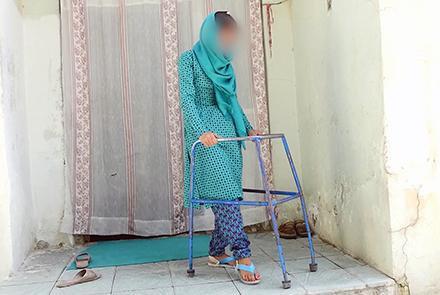 “The Government of the Islamic Republic of Afghanistan is committed to ensuring the justice and human rights of all its citizens, including women and children, and will spare no effort against violators of the law,” Sediqqi said.

TOLOnews had reported that a teenage girl, identified as Khadija, said she had been raped by a man along with his five sons and his son-in-law, after being abducted from Kabul and being taken to Balkh.

She told TOLO news, she was tortured and repeatedly raped by the seven men for a month and a half.

She is now paralyzed and threatened self-immolation if the perpetrators were not punished.