Pakistani leaders inaugurated the Badini trade terminal in Balochistan on Wednesday, to reduce the strain on the Chaman border crossing and expand Afghan transit trade.

Speaking at the ceremony, Alyani said the opening such initiatives would boost economic activities and create job opportunities for the local people. 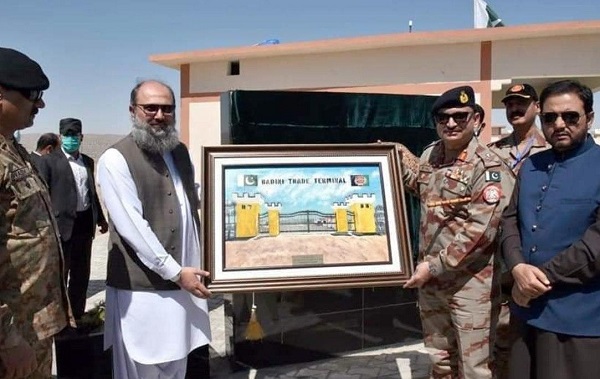 “The Balochistan government will play its role in the success of the new trade terminal,” he assured.

Commander of Southern Command Lt. Gen. Wasim Ashraf said the opening of Badini trade terminal was a good initiative and would increase trade activities between Afghanistan and Pakistan.