Addressing a press conference on Thursday, presidential spokesman Sediq Seddiqi said that Taliban are the main obstacle to peace, and Afghan government has done its utmost to end war.

He said that continuing violence and carrying terrorist attacks against the people and public facilities, illustrates that Taliban has no commitment towards the peace process.

He emphasised that Taliban leaders’ visits to regional countries is waste of time and instead it would be better if they engage with Afghan people.

With regards to Pakistan he said, “We expect the Pakistan government to cooperate honestly in the Afghan peace process and so far we have not seen any serious measure from Pakistan”. 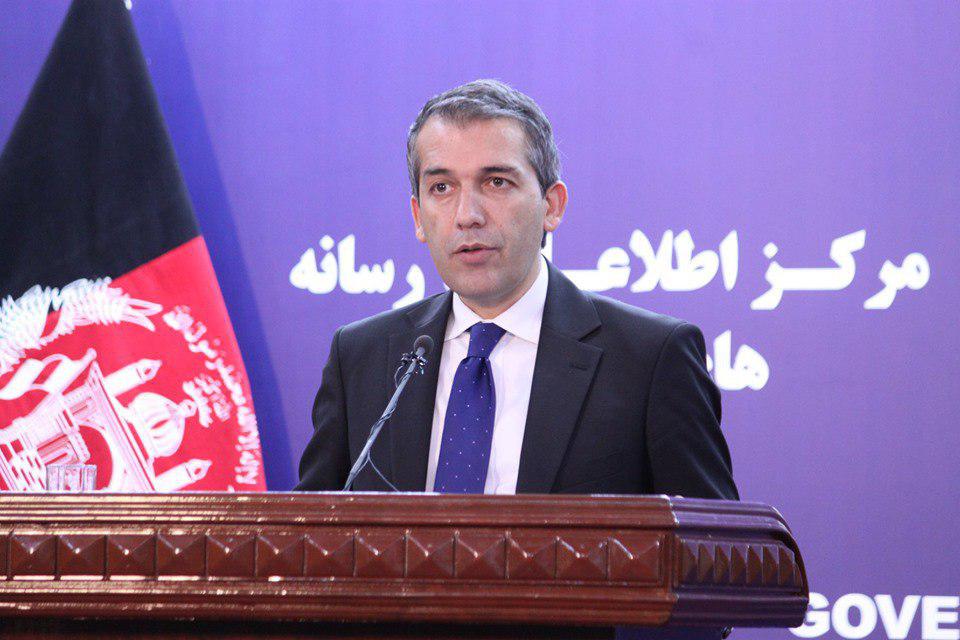 He further noted that the Afghan government does not have the authority to make political decisions on the Durand imaginary line, it is up to the Afghan people to decide.

In reaction to remarks of former president Hamid Karzai who said that the election is under the absolute influence of foreigners and at this time of ongoing war will not be fair and independent, he said that the government expects Mr. Karzai to support the national process of elections, a process through which he was elected twice.

Finally he said that terrorist attacks in the cities shows the weakness and defeat of the enemy on the battlefields, and urged all Afghans to participate in the elections, which will prove to be strong slap on the face of enemies of this process.