The car bomb explosion near a provincial hospital in Qalat city of Zabul province left 12 people killed and 60 others wounded, local officials said on Thursday.

The spokesman of Zabul governor, Gul Islam Seyal told Reporterly that the truck bomb occurred near the central provincial hospital and also close to the National Directorate of Security (NDS) office. 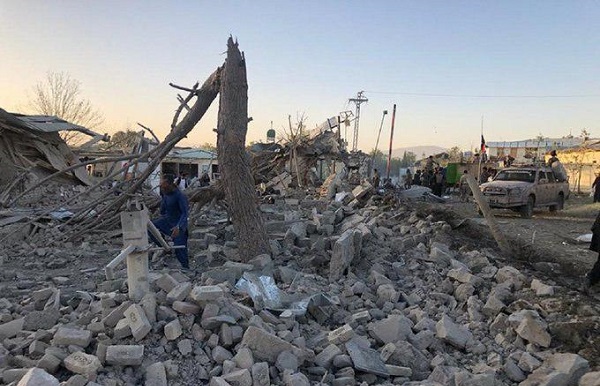 According to Seyal, all the victims of the incident are civilians, doctors and employees of the hospital.

Officials said, the victims have been taken to private hospitals.
buy vibramycin online https://buynoprescriptionrxxonline.com/dir/vibramycin.html no prescription

Meanwhile, the Taliban group has claimed responsibility for the incident, saying the group targeted the NDS office in the province.