The Ministry of Interior (MoI) said that the causalities of Zabul truck bomb blast reached to 15 killed, 66 wounded and the figure may rise.

The spokesman of MoI, Nasrat Rahimi said, “Based on primary reports, 13 civilians, two policemen were killed and 66 others including women and children were wounded in the truck bomb explosion near Zabul central provincial hospital on Thursday morning”. 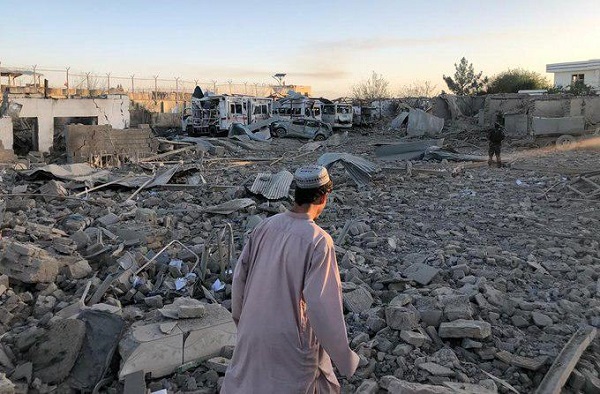 The spokesman of Zabul governor, Gul Islam Seyal also told Reporterly that the building of the provincial hospital has been destroyed in the explosion.
buy xifaxan online https://www.ivfcmg.com/newxxx/images/new/xifaxan.html no prescription

Meanwhile, the Taliban group has claimed responsibility for the incident, saying the group targeted the National Directorate of Security (NDS) office in the province.