The former president, Hamid Karzai has called on the US government to resume the peace talks with the Taliban, but said that the Taliban will not rule in Afghanistan with dealing US alone—they must negotiate with Afghans.

“We must strive for peace, and the Taliban must know that they will need to share power in Afghanistan.”

He thanked Russia, China, and Germany for their call on the resumption of the Afghan peace process.

“China and Russia would be happy that peace comes to Afghanistan, but I don’t know about Pakistan,” Karzai said.

He called the Taliban’s visit to Russia and China a thoughtful act by the group, adding that the US showed that it did not recognize us as a government by revealing the agreement draft to government and not giving it to them.
buy zoloft online medstaff.englewoodhealth.org/wp-content/languages/new/zoloft.html no prescription 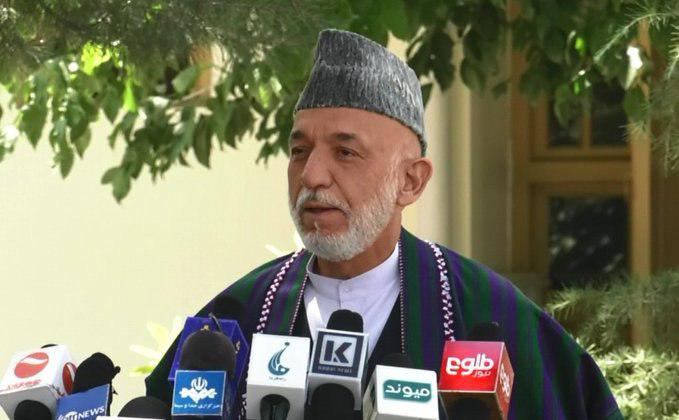 Speaking about the current situation of the country, Karzai said, “it is a fact that massacre is going on in Afghanistan, Afghans are being killed at home, mosque, weddings, school, and bazar, this is nonsense and Afghans should put an end to it.”

Karzai called on the Taliban to stops attacks. “By conducting attacks and killing Afghans you will not defeat the US in Afghanistan,” he added, “we will have peace when we come together.”

He said that the cause of the war in Afghanistan is the US and Pakistan and that peace would be achieved when the US has honesty in Afghanistan or withdraw from the country.

Regarding presidential election, ex-president said, it is under the absolute influence of foreigners and it will be held at a time while war is ongoing over Afghanistan and in this situation the election will not be fair and independent.
The election will be “free” when there is peace in the country, Karzai assured.