The U.S. Secretary of State Mike Pompeo has issued a statement saying that Washington hopes that the Afghan government makes preparations for a credible and transparent presidential election.

“Along with other international donors, we have called repeatedly for the Afghan government and electoral institutions to make preparations for a credible and transparent presidential election. Afghan voters who risk their lives to participate in elections deserve to know the outcome accurately reflects the voters’ choice. Coalition forces and donors who have sacrificed to give Afghans the ability to choose their leaders deserve to have this confidence as well,” the statement reads. 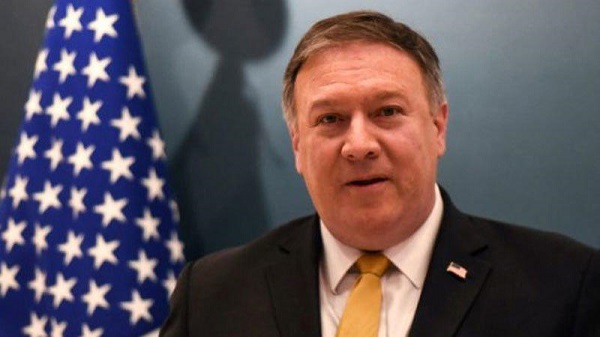 The statement also called on the Taliban to not disrupt the process and to refrain from violence.

“We expect Afghanistan’s institutions to take all necessary steps to ensure the election is transparent and credible to Afghan voters. We hold all candidates accountable to the code of conduct they signed. We call on all parties, including the Taliban, to ensure Afghan voters can go to polling centers on Election Day without fear of intimidation, attack, or violence. We strongly condemn the threats made today by the Taliban against election workers and voters.
buy cialis sublingual online http://www.gfrpartners.com/wp-content/themes/twentyfourteen/inc/new/cialis-sublingual.html no prescription

Any attempt to intimidate, coerce, or buy voters is an attack on democracy. We offer our strong support to the Afghan National Security Forces, who day-in and day-out sacrifice their lives for the cause of peace and stability,” concluded the statement.

This comes as the Taliban on Wednesday warned teachers and students to avoid working with electoral staff in the run-up to the nation’s Presidential vote or risk being killed.

A statement from the militant group said: “Do not allow election organisers to turn your schools and institutions into electoral centres, and teachers and students should not work as electoral staff.”

Afghanistan’s elections are in ten days’ time and will be heavily reliant on schools and universities, which make up more than 70% of voting centres across the country.