A draft agreement for peace between the U.S. and the Taliban in Afghanistan got a lot of hopes up late this summer, but the former head of U.S. special operations most well-known for overseeing the mission that ultimately took out Osama Bin Laden said that making concessions to the extremist group is the wrong move.

As per the Military Times report, the retired Adm. Bill McRaven, now a national security professor at the University of Texas in Austin, likened negotiating with the warlords who control much of Afghanistan’s square mileage to sitting down with ISIS, in a discussion Wednesday at the New America Special Operations Forces Policy Forum in Washington. 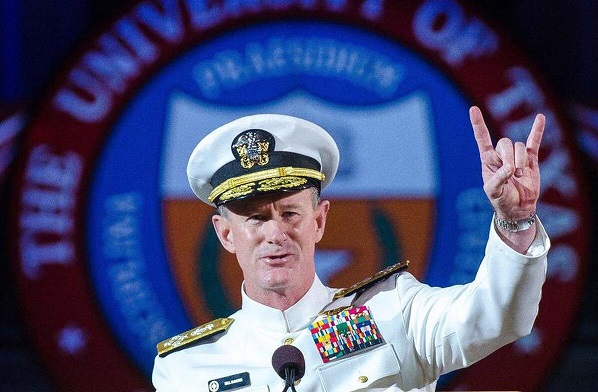 “And maybe that’s not a good comparison,” he said. “But I do believe that if we negotiate some sort of settlement with the Taliban, and that settlement involves the withdrawal of all U.S. troops from Afghanistan, that, you know, it won’t be six months or a year before all of the blood and treasure we have put into Afghanistan will have been reversed because the Taliban will come back in and do what the Taliban do.”

Multiple international news outlets reported in late August and early September that the Taliban and U.S. diplomats had reached an interim peace agreement after nine rounds of peace talks in Qatar.

The deal fell apart just before the 18th anniversary of 9/11, when President Donald Trump canceled a secret meeting with Taliban officials at Camp David, a direct response to the Taliban’s car-bombing of an 82nd Airborne Division soldier which killed him and 11 others days before.