Commander of NATO Resolute Support General Scott Miller said the Taliban violence has intensified and it needs to reduce.

Miller accompanied acting Minister of Interior Masoud Andarabi and Chief of Army Staff (COAS) General Yasin Zia, on a trip to Kandahar on Wednesday to assess the security situation of the province.

During the trip, Miller said that the Afghan security forces have coped well.

“Although the security forces have defended well, the Taliban have intensified their attacks… The whole world is aware of this situation and the violence must be reduced,” the Kandahar governor’s office said, quoting Miller. 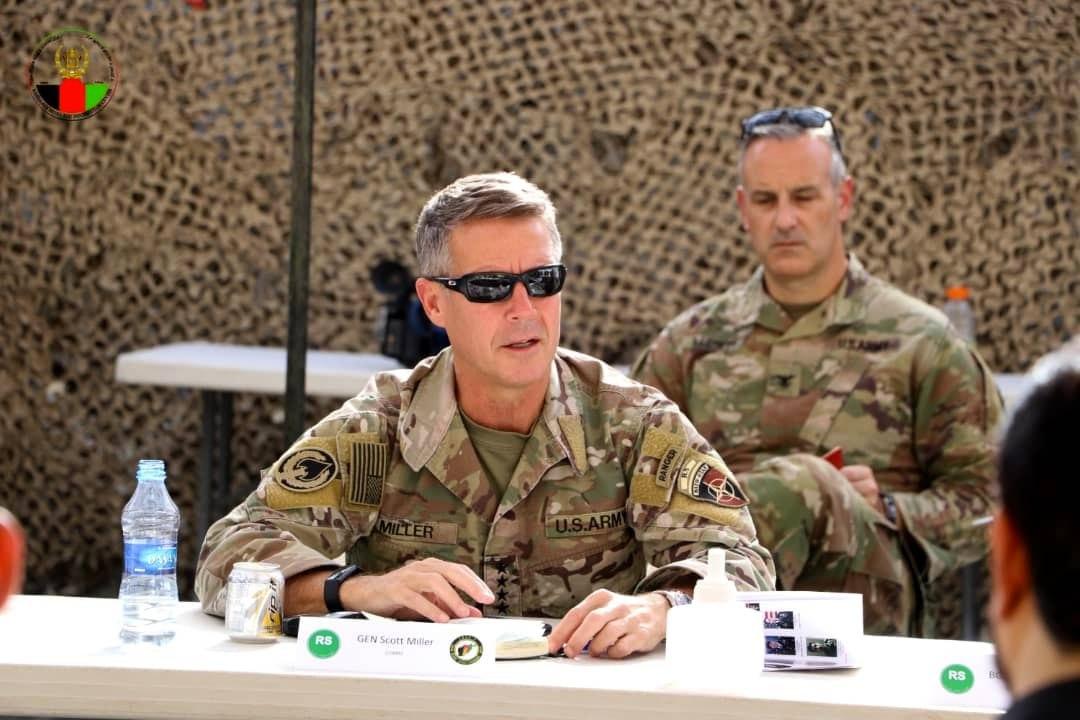 “The violence is too high, Taliban violence has to slow down – it has to stop, what it is driving is an increase in violence across the country,” Miller added.

According to the press statement, COAS General Zia said the Taliban had increased their attacks, including use of roadside mines.

“The Taliban are abusing the current negotiations,” he said.

Referring to the escalation of Taliban attacks, acting Interior Minister Andarabi also said that the Afghan military had responded strongly to the Taliban attacks and that the group had failed to achieve their goals.

This comes amid a revelation by Arif Rahmani, member of the Internal Security Committee of the Lower House of Parliament, who tweeted a quote by a senior security official on Thursday.

The official said that while the Afghan government maintains that they are in a state of “active defence,” they have been carrying out nine to 13 offensive airstrikes every day to clear Taliban-controlled areas.