Afghanistan will transfer seven Taliban prisoners who release had been demanded, to Qatar ahead of the peace talks, reported Reuters on Thursday.

Speaking to Afghan officials and Western diplomats, Reuters said that the captives would be released soon.

An Afghan official said the prisoners had not been released yet as they were guilty of killing foreign soldiers.

Local media also reported that the prisoners will be transferred and kept in Qatar.

On Wednesday, First Vice President Amrullah Saleh had said that six Taliban prisoners had been blacklisted by foreign countries for killing their soldiers. 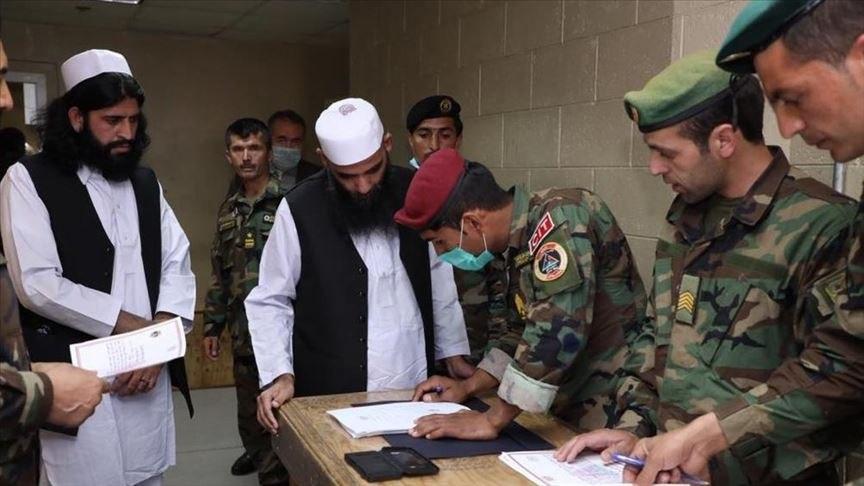 The families of the victims had launched international campaigns and Afghan relations would have deteriorated if the government had released these prisoners.

The state news agency Radio Television Afghanistan had reported that the Taliban have released all the Afghan commandos they had detained.

This was an important condition set by the Presidential Palace for the prisoner exchange to be completed.

“The recent resolution of the Peace Advisory Loya Jirga is in fact, a roadmap for direct peace talks based on the national interests of the country,” he wrote.

“The negotiating team of the Islamic Republic of Afghanistan, on behalf of the people and the government, will soon begin peace talks with the goal of a prosperous, free and united Afghanistan in which the rights of all citizens are protected.”

The Afghan government’s peace negotiating team will be arriving in Qatar today.