President Ashraf Ghani on Thursday, led a high-level government delegation to Parwan’s provincial capital, Charikar that was devastated in the floods.

They surveyed the flooded areas of Charikar and met with families of the victims. The province lost 157 people while 927 homes were completely or partially destroyed.

Parwan Governor Fazluddin Ayar thanked Ghani for the government’s support in the search and rescue operations and their promise to rebuild the damaged infrastructure.

President Ghani thanked the State Ministry for Disaster Management and Humanitarian Affairs for their work. 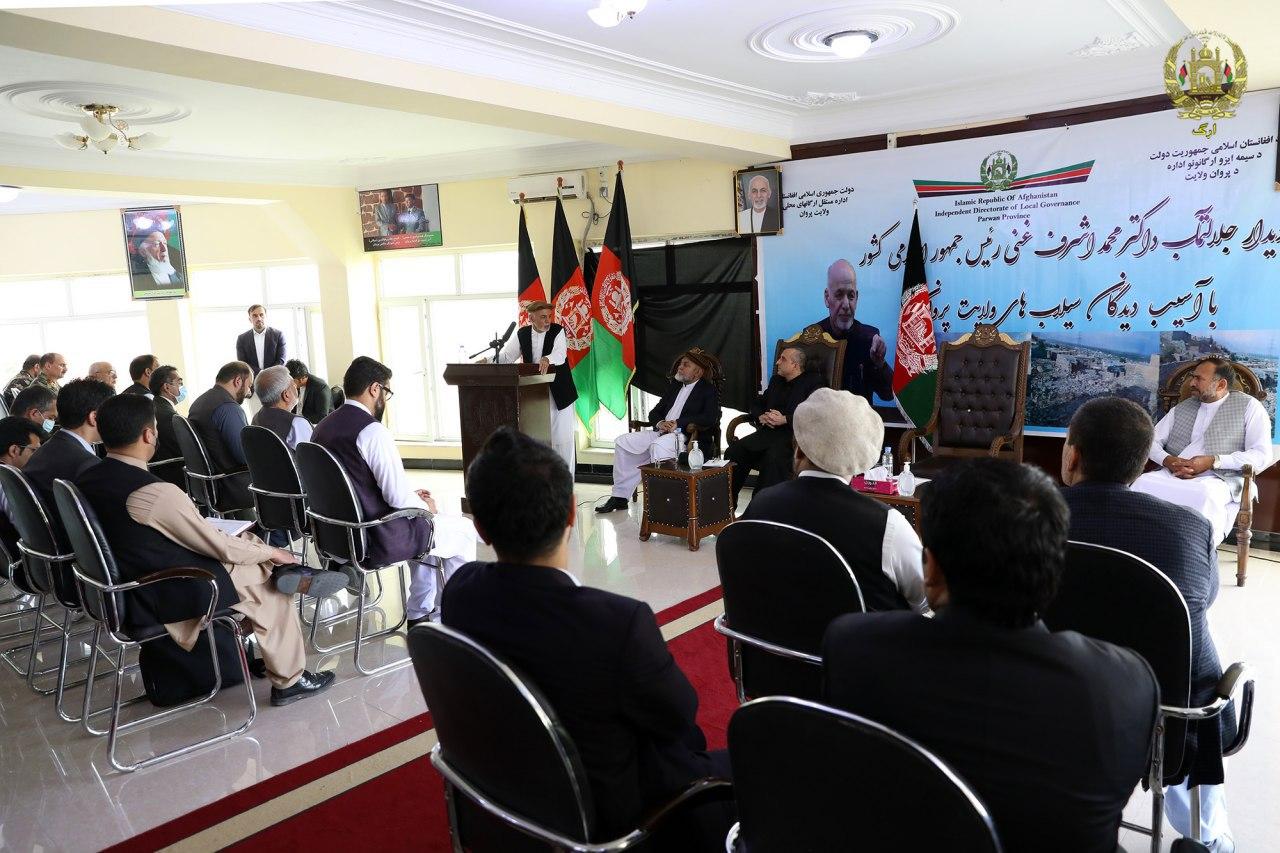 “We are from Parwan and Parwan is from us. The pain of Parwan is the pain of Afghanistan and of every Afghan. We will not forget Parwan’s pain,” he said, expressing his condolences to the affected families.

He said the Ministry of Finance had been instructed to pay attention to the disaster budget and that the Presidential Palace Support and Operations Unit had proposed 90 million AFN for the cleaning of the Parwan Canal.

The president instructed the relevant departments to conduct a clear investigation into the flood management, and said there should be a nationwide mobilization.
buy fildena online https://www.quantumtechniques.com/wp-content/themes/twentytwenty/inc/new/fildena.html no prescription

He added that Parwan’s water and land management will be looked into and within a week, the government bodies will investigate the effects of the floods and proceed with a coherent plan of action.