Taliban announced that, today’s car bomb explosion in PD9 in Kabul city was carried out by the group.

Zabihullah Mujaheed spokesperson for Taliban group said in a tweet that the group had targeted a foreign forces convoy which was entering an NDS facility area.

He added that 12 foreigners and 8 personnel of national directorate of security were killed. 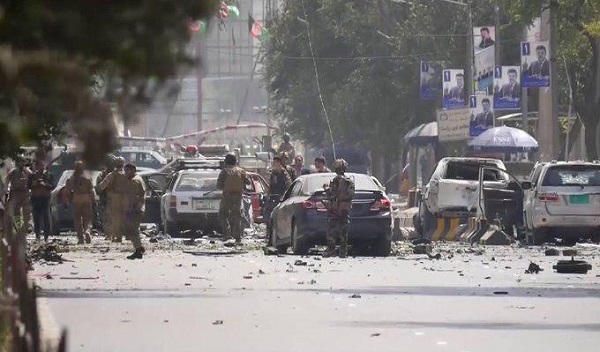 But according to Nasrat Rahimi, a spokesperson for Ministry of Interior, the explosion took place at 1st Macroyan area near Abdulhaq square resulting in the death of 10 civilians and injuries of 24 others.

The attack happened three days after a truck bomb attack targeted Green Village compound in the east of Kabul, killing 16 people including five Nepalese, two British and a Romanian national and wounded 119 others.
buy grifulvin online http://www.handrehab.us/images/patterns/new/grifulvin.html no prescription

Taliban attacks in Kabul and other provinces such as Kunduz and Laghman have intensified as US special envoy for Afghanistan reconciliation has reached a final agreement with Taliban group and intra-Afghan talk are about to be held.