At least four brothers have been killed during an operation of the National Directorate Security (NDS) 02 Unit in the center of Nangarhar province, local officials said.

A provincial council member of Nangarhar, Zabit Amir Mohammad told Reporterly that it is still not clear that the four brothers were involved in the anti-government operations or not.
buy cymbalta online healthcoachmichelle.com/wp-content/themes/twentytwentyone/inc/en/cymbalta.html no prescription 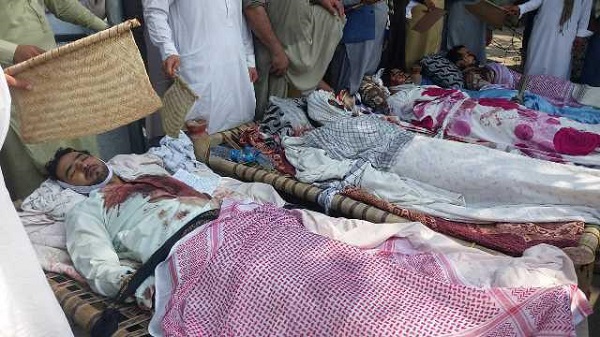 However, a number of the Jalalabad residents have staged a protest regarding the incident and brought the corpses of the four brothers in front of the governor’s office.

In the meantime, the Nangarhar Press Office stated that the operation has been conducted by the NDS 02 Unit in Jalalabad city and as a result, four civilians were killed.

The Nangarhar’s governor office has called on President for investigations regarding the incident and prevents occurring similar incidents in the future.