The Afghanistan Meteorological Department has issued a warning for possibility of heavy rainfall and flash flood in 22 provinces on Tuesday and Wednesday. 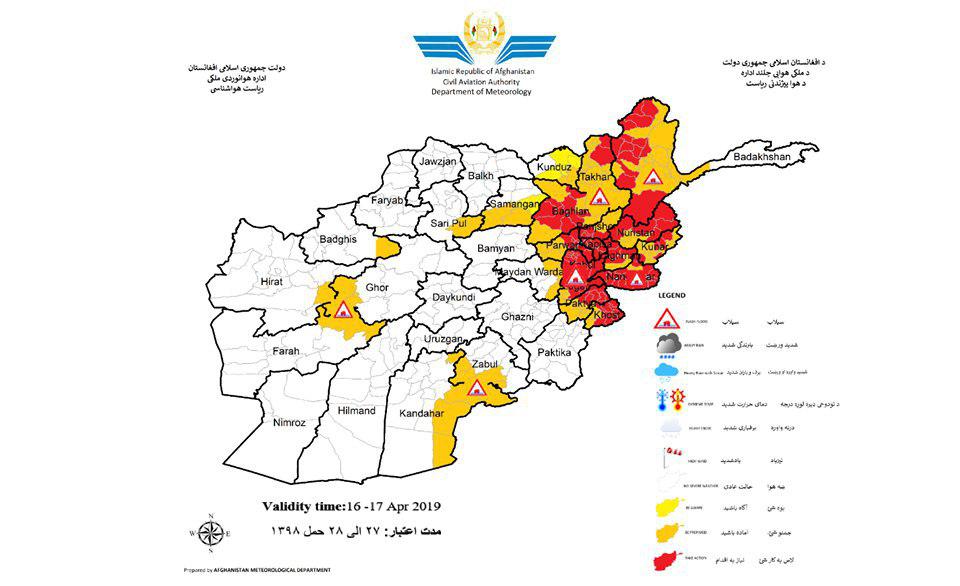 AMD predicted that the rainfall amount will be between 25-45mm.

Security officials have reported that two terrorist explosions were prevented in Kabul on Tuesday. Kabul police…

At least five people lost their lives, 10 others were wounded and 17 are missing in…