Speaking in a news conference on Tuesday in Kabul, Nadery said that this Independent Civil Service Commission has spent has spent 98% of its budget, which is an exceptional figure.

“Nearly 11,000 people were hired as teachers, and they now receive text messages from their phones,” Head of IARCSC said. 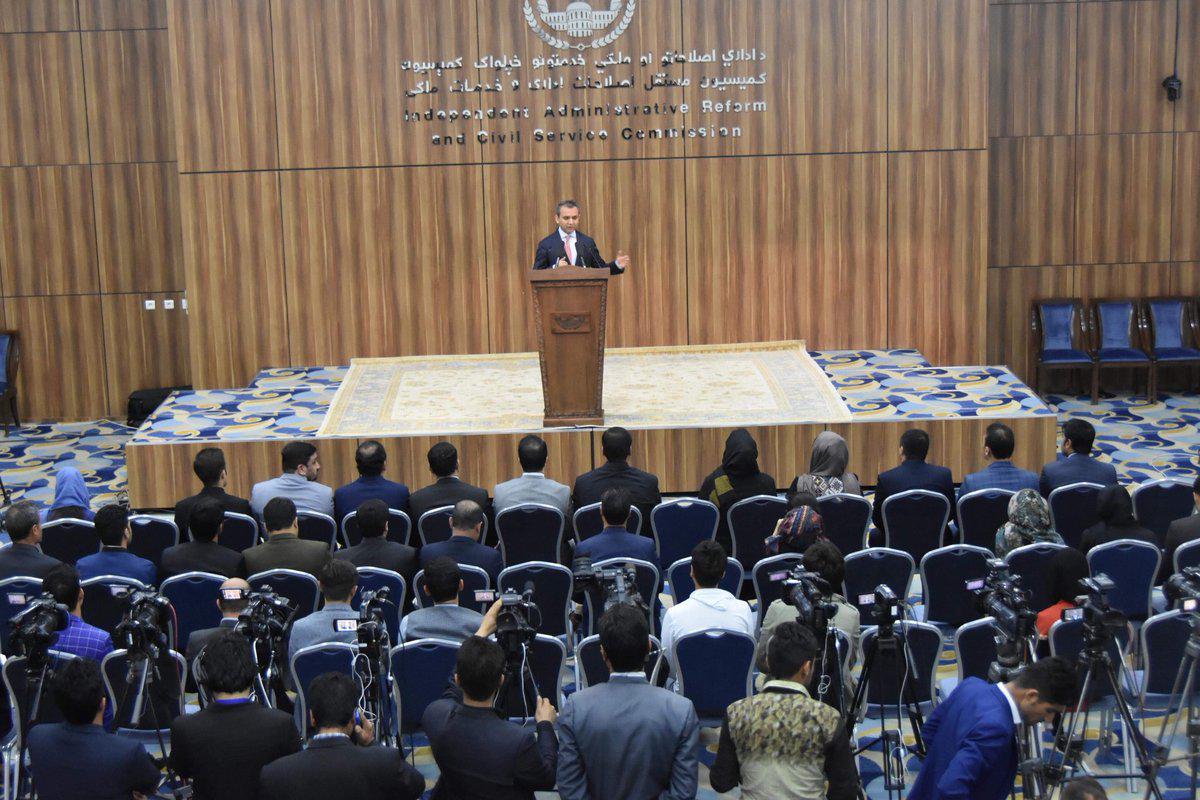 According to Nadery, 5,500 other people will be hired in junior positions by April 20.
Saying that it is the first time that eminent positions are being hired through free competition, he added that the Ministry of Foreign Affairs was committed to reform, and hoped that the reform process would be expanded in this ministry.

Nadery emphasized that the commission will create computerized exam centers in eight zones in the next six months. According to him, the creation of these centers will result in full transparency in the recruitment process.