The proclaimed President of Afghanistan, Abdullah Abdullah says he had a meeting with the Germany’s ambassador to Afghanistan, Peter Prügel. 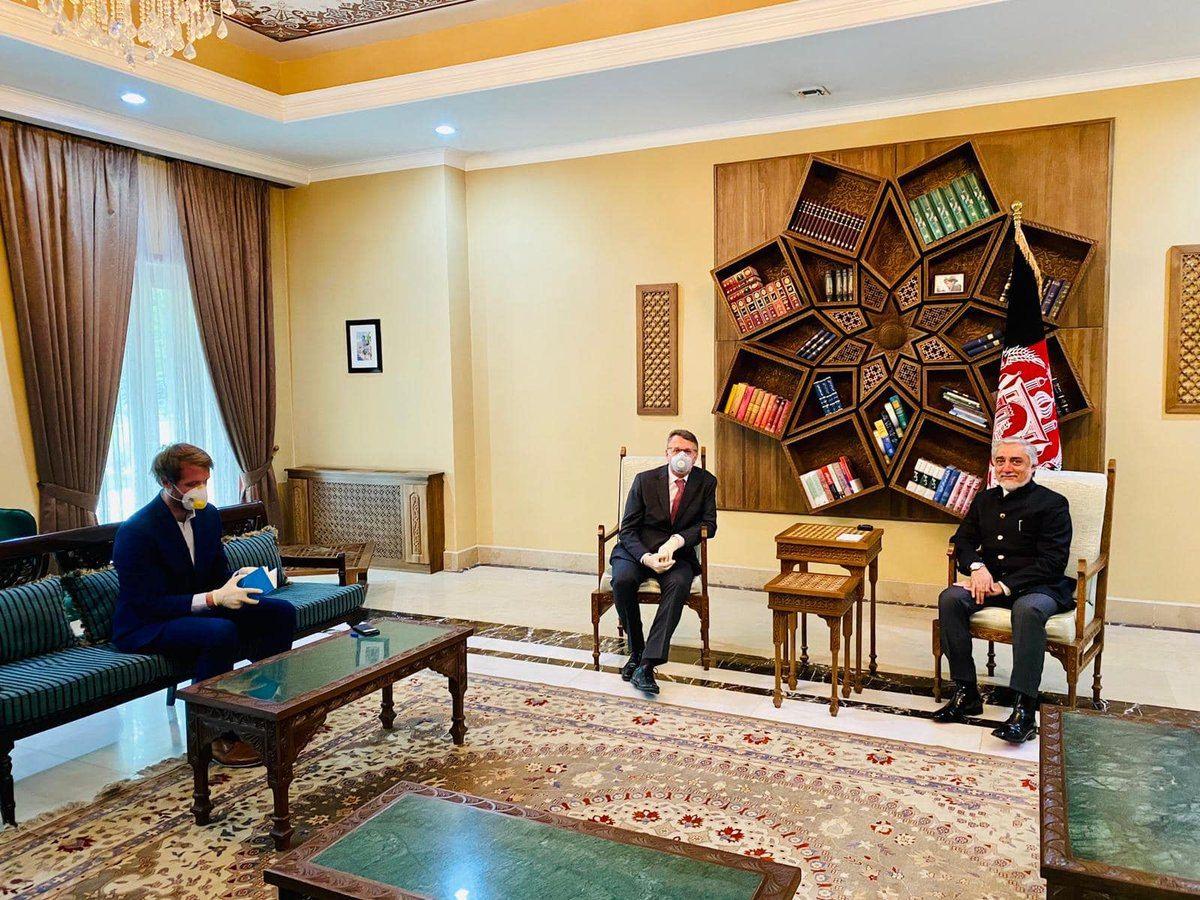 “Today I had a constructive meeting with HE Peter Prügel the German Ambassador to Afghanistan @GermanAmbAFG. We discussed the need to resolve the current political deadlock, the #afghanpeaceprocess, and the efficient ways of tackling the #Covid-19 issue in Afghanistan,” Abdullah said.

In the meantime, German ambassador also cited that he had a “constructive discussion with Dr. Abdullah on the urgent need to overcome the political impasse in Afghanistan,” saying he hopes that an inclusive government will be formed to focus on peace process and deal with the COVID-19.

Iran has provided 20,000 coronavirus diagnostic kits to be sent to Afghanistan in a bid to…

Women Psychologists in Herat Terrified for Their Clients During Pandemic Lockdown

Bordering Iran, which had one of the worst COVID-19 outbreaks globally, Herat has one of the…

Ten citizens of Kyrgyzstan were returned to their homeland from Afghanistan, Kabul city amid COVID-19 concerns,…