At least 58 Taliban insurgents were killed including a shadow district governor of Taliban in the past 24 hours in Balkh province, as per officials.

209 Shaheen Corps said in a statement on Tuesday that, ANDSF launched the operations in the past 24 hours in Balkh, Sholgara and Chahar Kint districts of Balkh province in which 58 Taliban insurgents including a shadow district governor were killed.

The statement said that security forces carried out ground and air operations on Monday afternoon in Qaland Khalili and Sia Ab villages of Sholgara district, Boryabaf and Zargartapa villages of Balkh district. 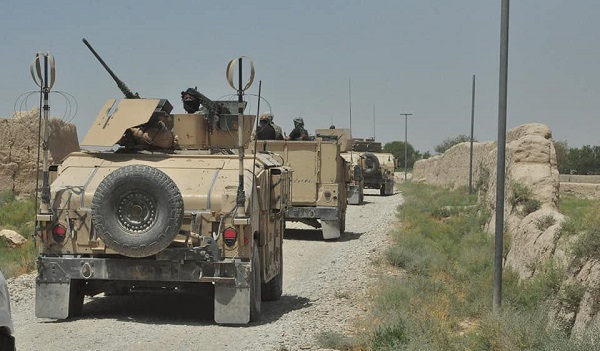 Additionally, 7 Taliban insurgents including Qari Salahuddin the newly appointed shadow district governor of Taliban for Chahar Kint district was injured and another one was arrested, according to the statement.

209th Shaheen Corps reported that, a Taliban compound and 7 motorcycles were destroyed in the operation and 2 rockets, 3 Kalashnikov, 3 set radio, 3 combat vests and 2 motorcycles were seized by security forces.