Taliban spokesperson Suhail Shaheen said the discussions between the Taliban deputy and Pompeo was attended by the rest of the delegation also.

They spoke about the issue of Taliban prisoners whose release is “essential for commencement of intra-Afghan negotiations” Shaheen tweeted. 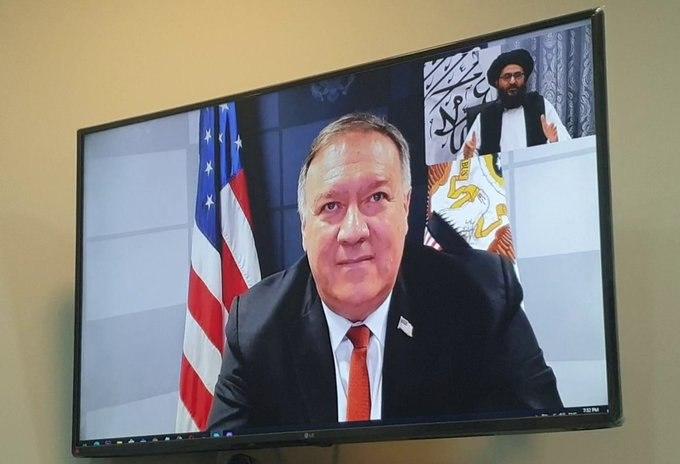 The Taliban want the prisoners freed according to the original list submitted by their technical team, before they join talks with the Afghan government, as per the Doha Agreement.

The U.S. State Department did not respond to a request for comment.

“Both sides talked about the inception of intra-Afghan negotiations,” Shaheen wrote.

The meeting came as President Ashraf Ghani called for a Peace Consultative Loya Jirga to decide the fate of the 400 Taliban prisoners the government considers the most dangerous.

Sweden’s Telia Sells Of Stake In Roshan To Exit Afghanistan

Telia has divested its 12.25% stake in telecommunication operator, Roshan, and exited from Afghanistan after striking…

An explosion in the Shegal district of Kunar has killed two civilians, a woman and a…