The Presidential Palace said in a statement that Afghan First Lady, First Vice President Amrullah Saleh, Foreign Minister Mohmmad Hanif Atmar, NSA Hamdullah Mohib, Director General of AOP Fazel Fazly were present at the meeting and Roya Rahmani Ambassador of Afghanistan to the United States was also connected to the meeting as well. 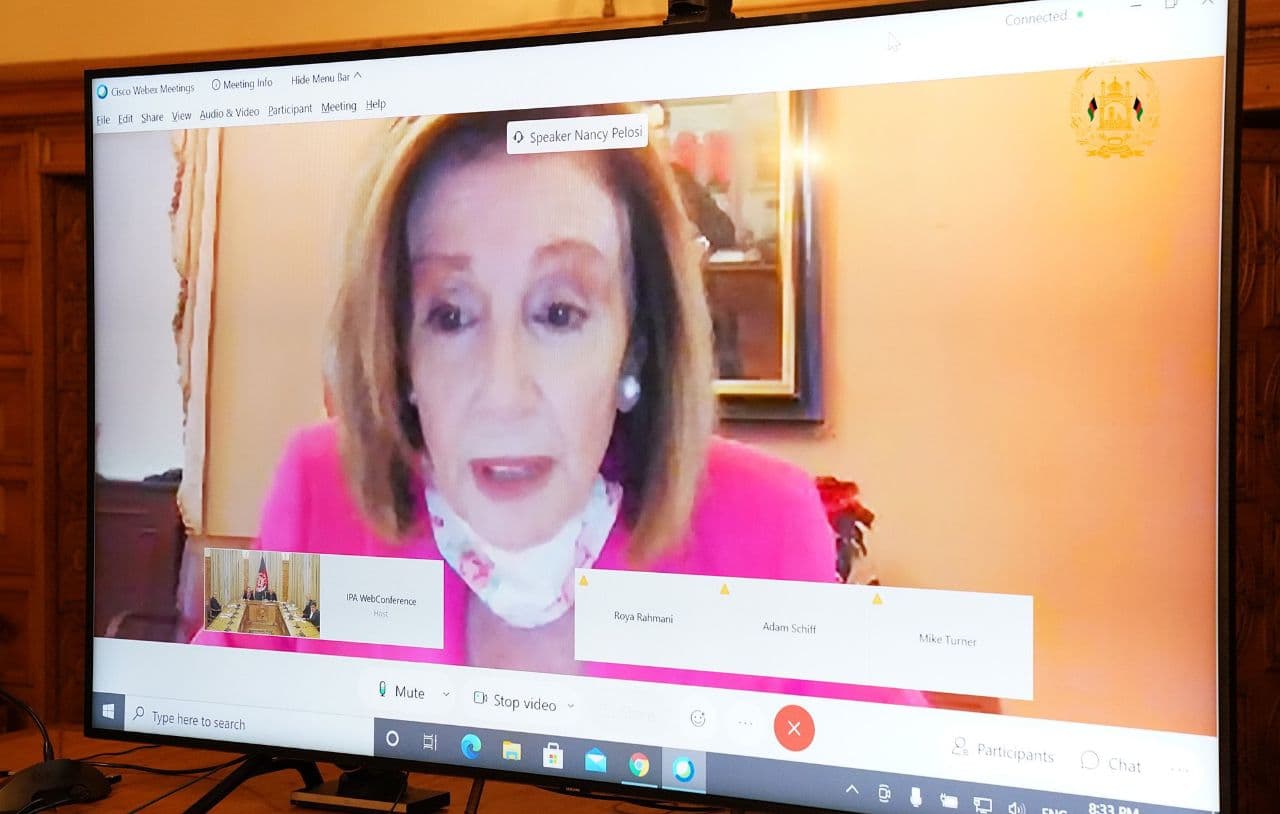 According to the statement, both sides talked about the US continued support to Afghanistan, the peace process and next steps and the rights of women.

“They expressed their concerns over the escalation of violence and need for an immediate ceasefire,” the statement added.