Arg in a statement said that the meeting was attended by the first Vice-President Amrullah Saleh and a number of other government officials.

“Both sides discussed on the Afghan peace process, the situation in Afghanistan and the region, and further support for the security and defense forces,” the statement said.

According to the statement, Christopher Miller emphasized the need to strengthen the strategic relationship between Afghanistan and the United States, and said that the US Government would stand with the Government and people of Afghanistan in the fight against terrorism. 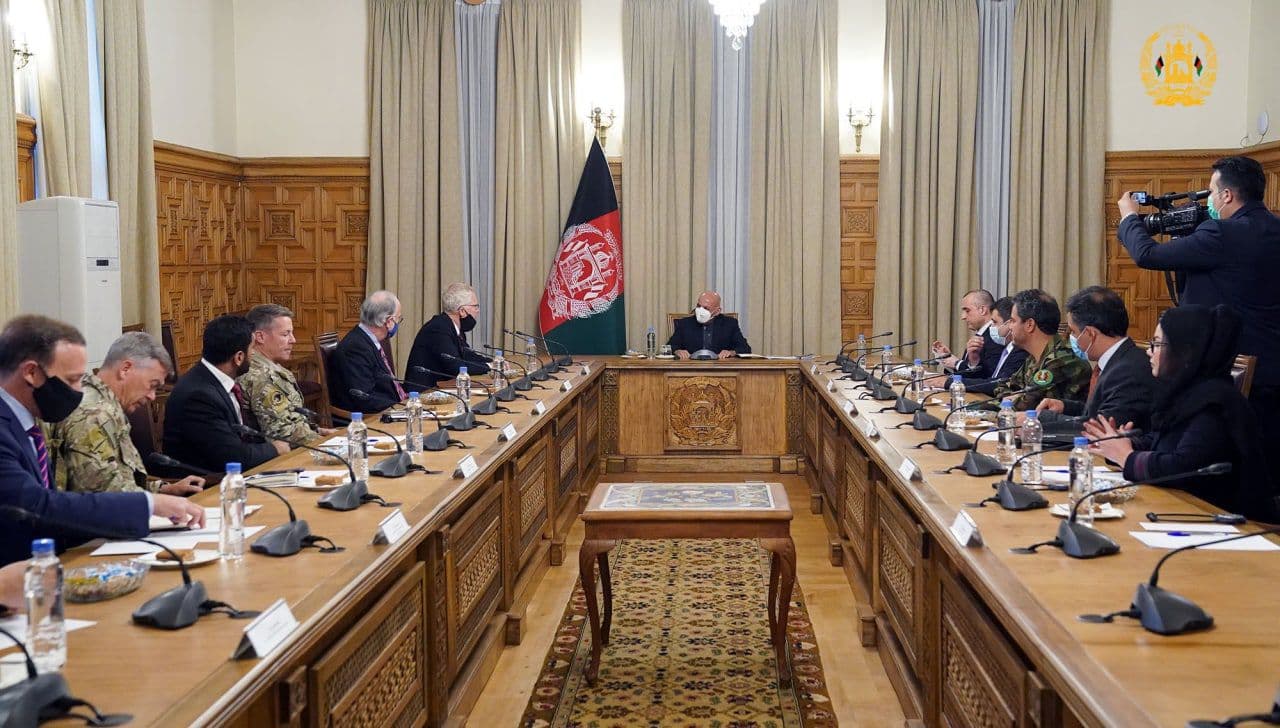 The Acting Defense Secretary expressed concern about the escalation of violence in Afghanistan, and both sides called for a permanent ceasefire.

“He added that the United States has a continuing commitment to Afghanistan, especially in supporting its security and defense forces,” the statement reads.

In the meantime, President Ghani in return thanked the United States for its assistance and cooperation to Afghanistan in various fields, saying that relations between the two countries are strong and that these relations are based not on quantity but on quality and will always remain stable.

Regarding the peace process, the President said that the Afghan government has taken practical steps to ensure peace and that the other side must show its clear intentions in this regard.

President Ghani stressed that US-Afghan relations are essential to the joint fight against terrorism and the role of the United States in this regard.