German Defense Minister Annegret Kramp-Karrenbauer has said that she supported an extension of German participation in the NATO mission in Afghanistan.

Over 1,000 German troops are currently stationed there.

Germany wants to extend its participation mandate in the current NATO mission in Afghanistan, the German defense minister said on Monday. 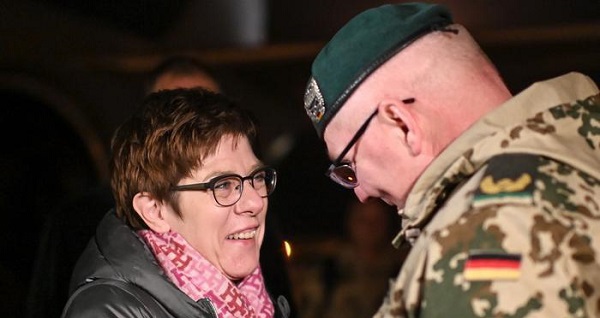 CDU party leader Annegret Kramp-Karrenbauer, who is widely tipped as Chancellor Angela Merkel’s successor, made the announcement as she visited German troops in Mazar-e Sharif.

“As things stand today, I would say that there is a great deal to suggest that the work we have begun, and which has not yet been completed, can be continued,” she said during her visit.

“It’s a long road. It’s a difficult road, but we can still see that progress is being made today,” she added.