The supporters of “Stability and Partnership” electoral team staged a protest in Sar-e Pul province on Tuesday, local officials said.

The spokesman of Sar-e Pul governor, Zabiullah Amani told Reporterly that a number of the supporters of the “Stability and Partnership” electoral team started their protest on Tuesday in the province. 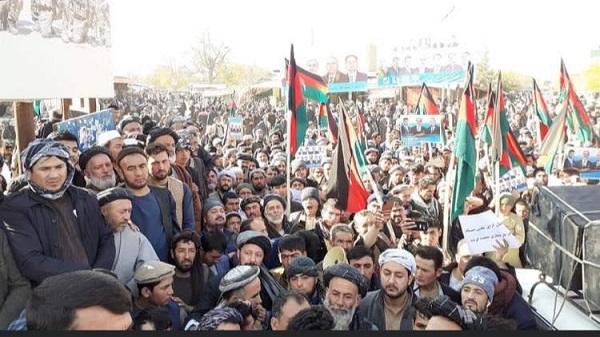 According to Amani, the protesters are demanding the recount of biometric votes and the announcement of the primary result of the Presidential election.

This comes as the supporters of the “Stability and Partnership” electoral team have staged massive protests in Kabul, Baghlan, Takhar and Faryab in the last three days and are demanding the invalidation of 300 thousands votes which they believe are fraudulent.
buy prednisone online www.adentalcare.com/wp-content/themes/medicare/editor-buttons/images/en/prednisone.html no prescription