The sides discussed issues related to bilateral security cooperation between the two countries. 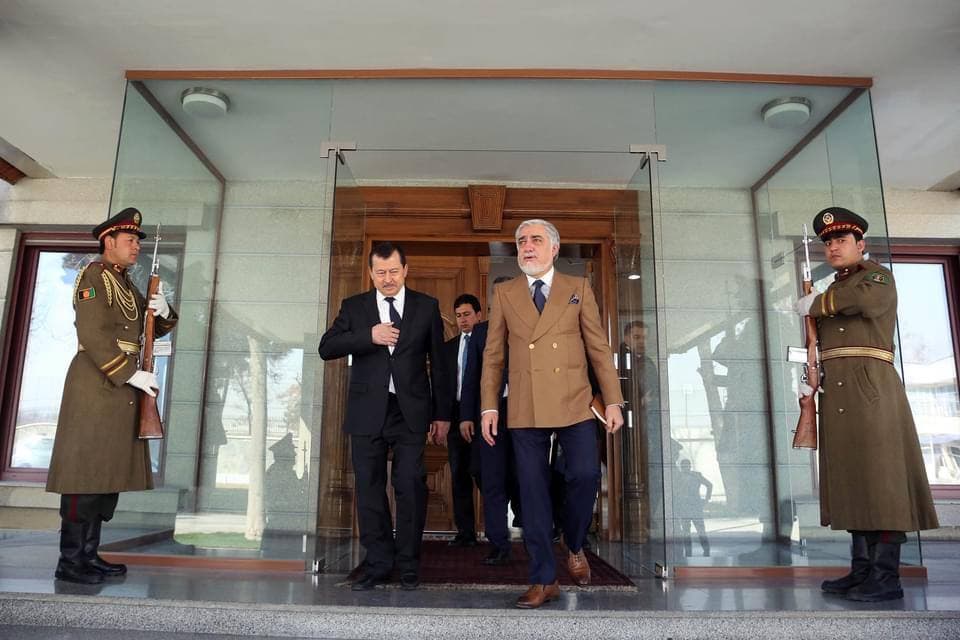 “Highly appreciating the principal and constant support of Tajik President Emomali Rahmon for peace efforts in Afghanistan, we underlined the significance of continuation of work of regional community on achieving lasting peace in Afghanistan,” Abdullah noted.

“Authorities in Central Asia, including Tajikistan, are concerned about the unclarity in the ongoing Afghan peace talks, the continuation of violence in Afghanistan, the activation of terrorist groups in Afghanistan’s north, and the growing illegal drugs smuggling via the Afghan-Tajik border,” Rahimi said.

On the eve of Tajik security chief’s visit to Kabul, Tajik President Emomali Rahmon had phone talks with his Afghan counterpart, Ashraf Ghani, to discuss regional issues and bilateral ties, according to the Tajik president’s official website.