Afghan Foreign Minister Mohammad Hanif Atmar, who is heading a high-level delegation to meet with Uzbek officials and attending the Afghanistan-Uzbekistan-Pakistan trilateral meeting in Tashkent, met with Deputy Prime Minister and Minister of Investment and Foreign Trade of Uzbekistan Sardor Umurzakov on Monday.

The Ministry of Foriegn Affairs (MoFA) in a press release said that Foreign Minister Atmar thanked the Uzbek authorities for inviting the Afghan delegation to discuss mutual interest issues and strengthening bilateral relations in the fields of economy, security, trade, and transit.

According to the press release, the two sides discussed implementing the Mazar-e-Sharif-Kabul-Peshawar railway project and considered the completion of this project important in expanding trade, economic growth, and regional connectivity.

The Foreign Minister also stressed the Cargo and Freight Transportation Center and effective use of Tirmuz city to increase trade between Kabul and Tashkent. 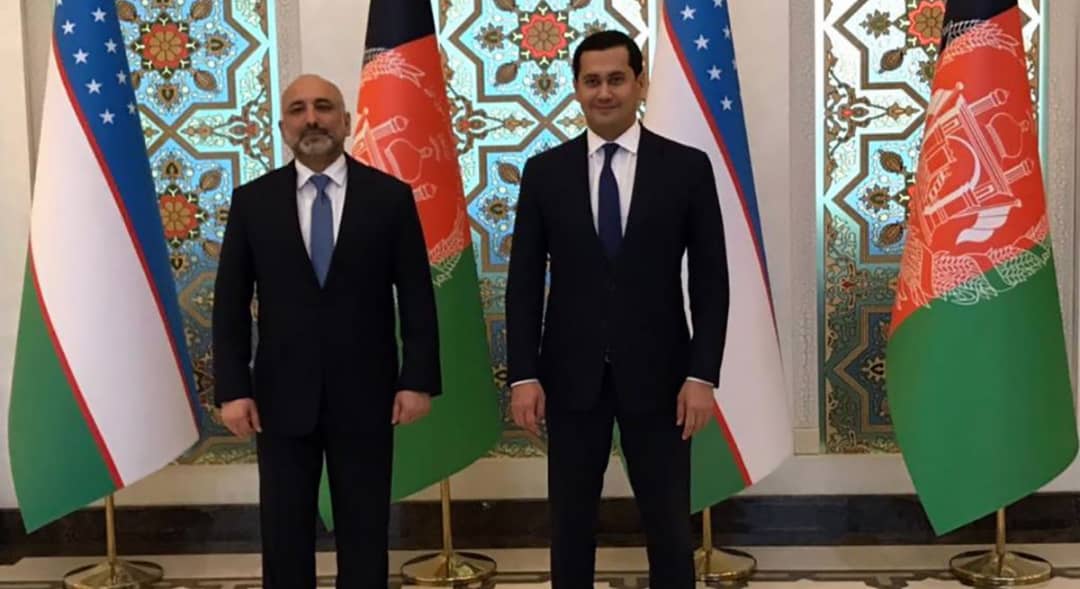 The Deputy Prime Minister of Uzbekistan welcomed the Foreign Minister and his accompanying delegation to Tashkent and assured Mr. Atmar of his country’s full support for the Afghan peace process.

In the meantime, Sardor Umurzakov added that Afghanistan’s peace and stability are the keys to development, economic growth, and increased cooperation at the regional level.

He noted that his country is ready to invest in Afghanistan’s infrastructure and support comprehensive regional connectivity.