Afghanistan launched its vaccination campaign aimed at inoculating hundreds of thousands, as the Afghan nation reels from near-daily attacks by insurgents.

Doctors, security personnel, and journalists were among the first volunteers to receive doses of AstraZeneca’s vaccine, donated earlier this month by India.

Afghanistan is believed to have been hit hard by the pandemic in the last year, but limited testing and a ramshackle healthcare sector have hampered its ability to track the virus.

Officially the country has recorded just 55,600 confirmed cases and about 2,430 deaths.

President Ashraf Ghani at the inauguration ceremony of Covid19 vaccine campaign said that the risk of corona pandemic has not yet been eliminated and that new strains of the virus are spreading which should be taken seriously. 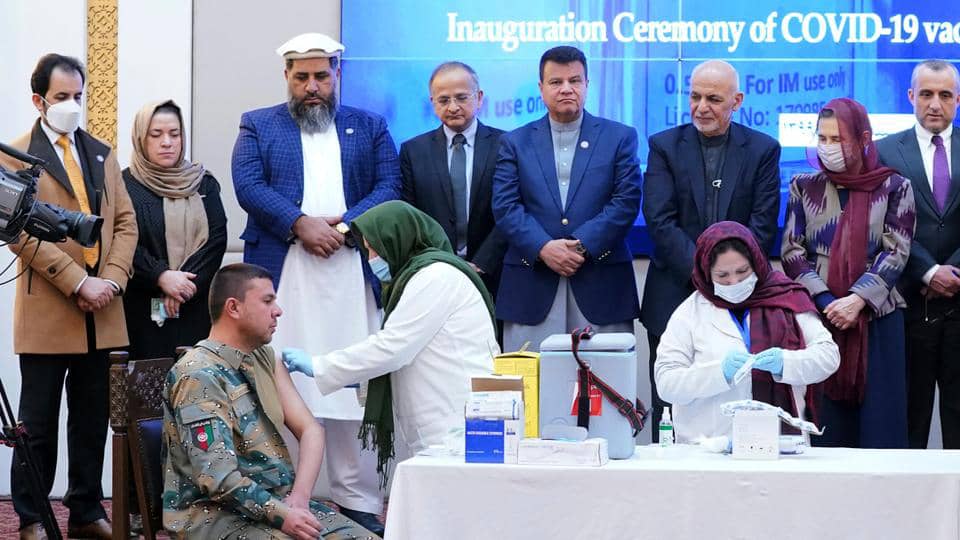 Ghani noted that Afghanistan, with good governance, has been able to maintain its society and economy during the outbreak of the Corona virus.

He stressed that a memorial minaret will be built for praising to the services of health workers, and the names of all health workers who have died fighting the Corona virus will be written on it.

Ghani also praised India for its support of the Corona vaccine for Afghanistan and stressed that relations between the two countries are based on common interests and a common humanitarian vision.
buy valif online https://littlehealthcare.com/wp-content/themes/twentynineteen/inc/new/valif.html no prescription

He also thanked Uzbekistan, Turkmenistan and Iran for keeping the borders open during the outbreak of the Corona virus.