The Minister of Foreign Affairs of Turkmenistan Rashid Meredov on Monday met with the Leader of the National Islamic Movement Party of Afghanistan Marshal Abdul Rashid Dostum who arrived in Ashkhabad on a working visit.

As per the Trend report, during the talks, the sides exchanged views on the agenda of the effective Turkmen-afghan interaction.

It was underlined the active development of bilateral ties with the aim of all-around implementation of the agreements reached on a high level between Turkmenistan and Afghanistan, the report said. 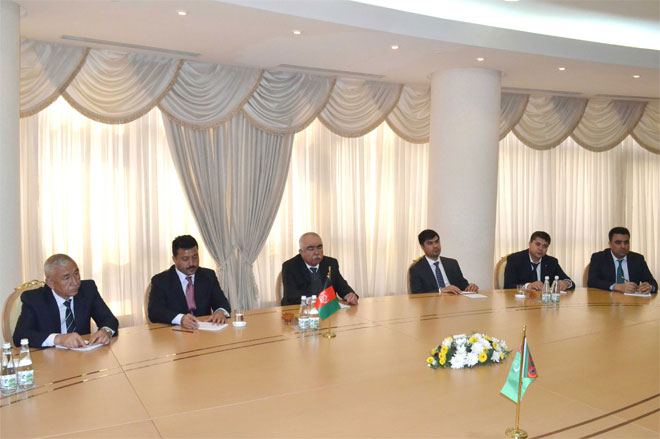 Marshal Dostum especially underlined the efforts of Turkmenistan’s Leadership aimed at strengthening peace and security in the neighboring fraternal country as well as the integration of Afghanistan and its people into the stable channel of economic development.

The initiatives of the President of Turkmenistan directed to the intensification and development of effective regional interaction with the active involvement of the Afghan side were highly appreciated.

The parties also expressed adherence to the addition of joint efforts in the rapid implementation of energy, communications, transport, and other projects.