The United States wants Afghan President Ashraf Ghani to defer his second-term inauguration over concerns it could inflame an election feud with his political rival and jeopardize U.S.-led peacemaking efforts, two sources familiar with the matter told Reuters.

Ghani claimed victory last week in a disputed Sept. 28 election and plans to take the oath of office on Thursday, an Afghan official said. His opponent, Abdullah Abdullah, Ghani’s former deputy, also proclaimed himself the winner and is planning a parallel inauguration, according to Afghan media reports. 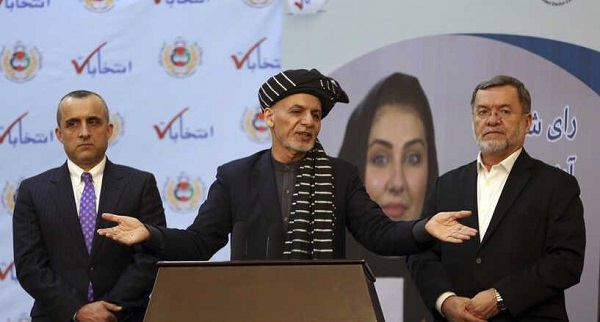 Ghani-Abdullah feud threatens to further complicate the naming of a delegation to negotiate with the insurgents, a process already mired in delays and disputes.

As per Reuters, a source familiar with the matter said that because of those concerns, U.S. Special Representative Zalmay Khalilzad, who has been in Kabul since last week, wants Ghani to delay his planned inauguration to a second five-year term.

The U.S. State Department and White House did not immediately respond to requests for comment. The Afghan Embassy in Washington declined comment.