The Ministry of Interior (MoI) on Tuesday released a list of 10 individuals involved in organized crimes in Kabul City and asked the citizens to help the police detain them. 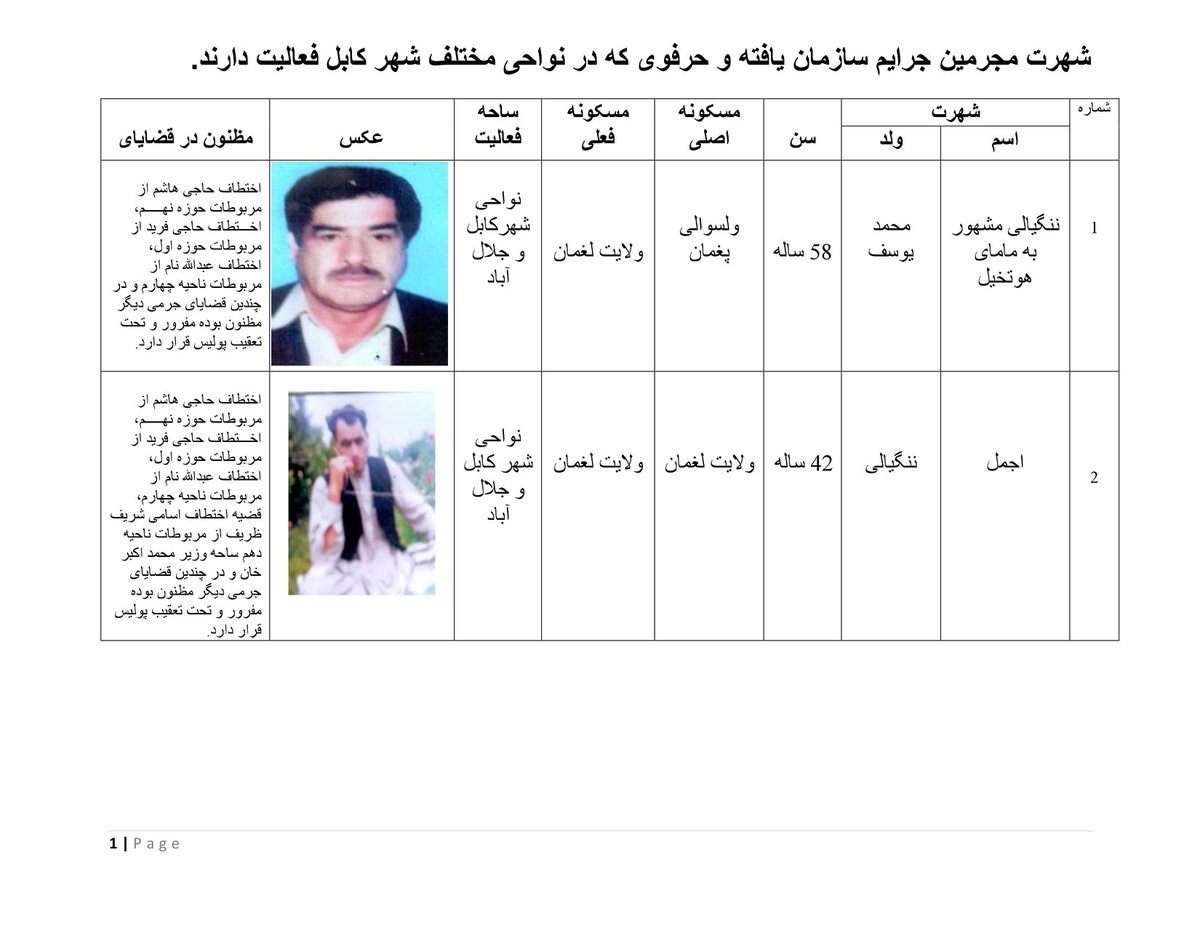 “The Afghan government will provide rewards to those who cooperate in this regard with the MoI and their identity will remain secret.” Rahimi concluded.

Three individuals were wounded in a suicide attack in Jalalabad City of Nangarhar province, local authorities…