Afghan Foreign Minister Haneef Atmar met with Farrokh Mokhtarov, the Deputy Head of the State Security Service of Uzbekistan, and his accompanying delegation, who are on an official visit to Kabul.

The Ministry of Foriegn Affairs (MoFA) in a press release said that FM Atmar welcomed the Uzbek delegation and praised Tashkent’s cooperation with Afghanistan in various fields and for it’s support for the peace talks.

“While we are witnessing progress in the political and economic spheres between the two countries, our important wish is to see the connection of the countries of the region, especially the connection of the countries of South and Central Asia with the construction of railways, transportation routes and transportation of energy and electricity through Afghanistan,” Atmar said. 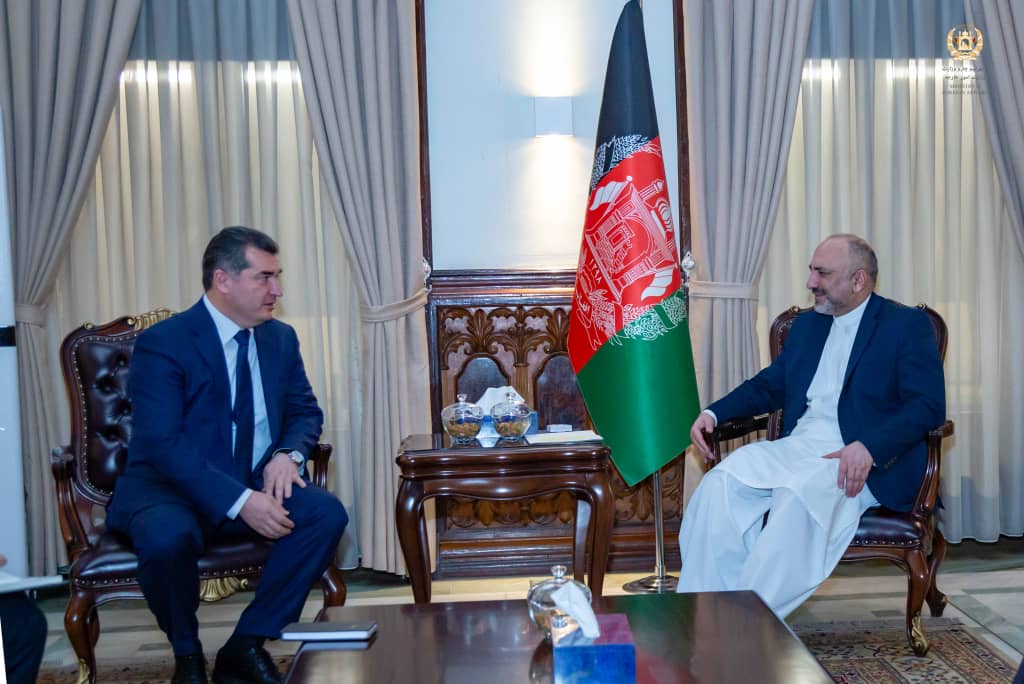 Speaking about the relations between the two countries, Mr. Mukhtarov also said that the President of Uzbekistan considers Afghanistan a friendly and brotherly country, the key to peace and stability and a gateway to regional ties, and is committed to expanding relations between Kabul and Tashkent in various fields.

“The purpose of our visit to Kabul is to achieve these goals and exchange views on strengthening and expanding security cooperation between the two countries, because with the lack of security, launching economic projects are difficult and sometimes impossible,” he said.