The Independent Electoral Complaints Commission (IECC) says out of all registered complaints, 9,866 complaints have been rejected.

The IECC chief, Zuhra Bayan Shinwari in a press conference in Kabul on Tuesday said the votes of 109 polling stations in 21 provinces have been invalidated and the votes of 5,316 other stations will be recounted. 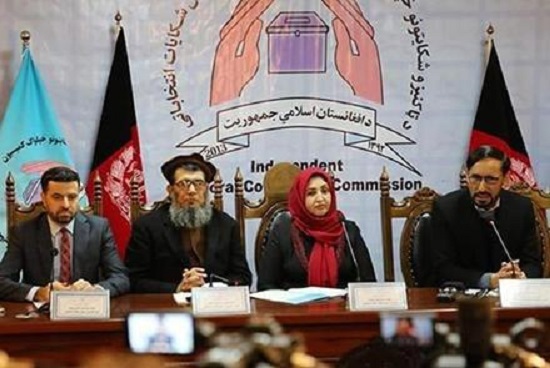 “Now we are moving into the recount process and so far there have been no serious problems between the two commissions,” Shinwari said.

According to her, 75 individuals along with 71 employees of the Independent Election Commission (IEC) have been fined for their role in election fraud.

The IECC chief noted that there have been 7,960 appeal cases so far and the figure may be changed in the future.
buy diflucan online https://meadowcrestdental.com/wp-content/themes/twentyseventeen/inc/php/diflucan.html no prescription

“We are committed to address the complaints impartially. The decisions of the provincial commissions are not final, and the problems have been resolved with the IEC,” she added.

In the meantime, Mohammad Qasim Ilyasi, a commissioner and spokesman for IECC stated that the votes of 5,316 polling stations in 20 provinces will be recounted.

The final result of the presidential election is due to be announced after the IECC officials’ decisions.