The Minister of Foreign Affairs Mohammad Haneef Atmar had a telephone conversation with the European Commissioner for International Partnerships, Ms. Jutta Urpilainen.

The Ministry of Foriegn Affairs (MoFA) in a press release said that the two sides discussed the latest developments in the peace talks in Doha, and the EU’s partnership with these Afghan Government.

According to the press release, FM Atmar conveyed his appreciation for the EU’s support of Afghanistan’s peace process and thanked the Commissioner for the EU’s observers’ work at Doha and the union’s support for the need for the preservation of the last two decades’ gains in the Afghan peace talks.

Minister Atmar noted that ensuring an immediate ceasefire, a lasting peace settlement and bringing an end to the targeted assassination of political and social activists in the country were the key priorities of the Afghan government which should be taken into account during the second round of the talks in Qatar. 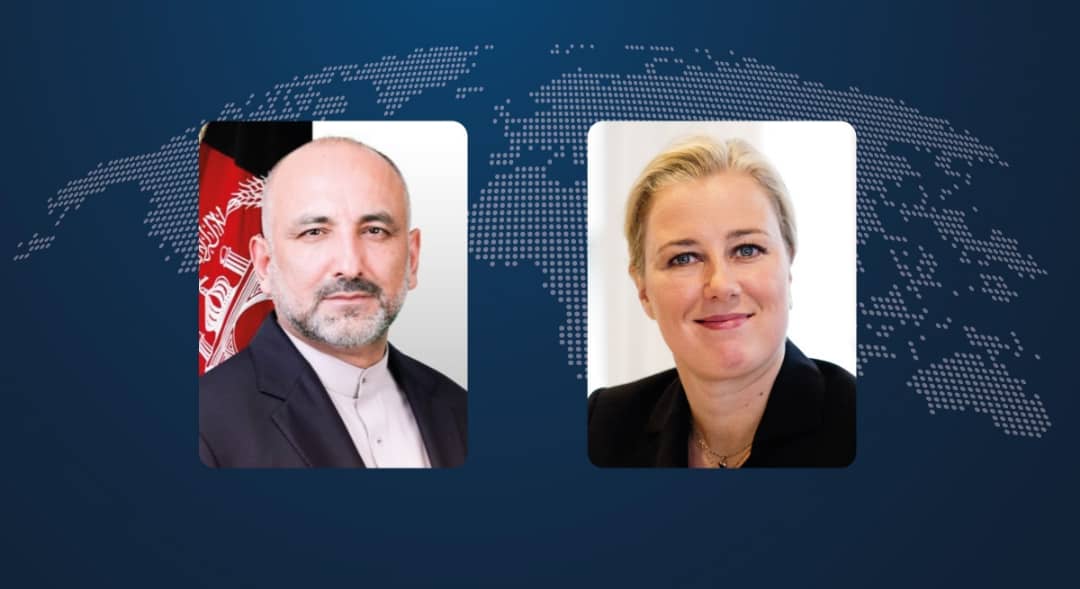 The press release said that Urpilainen assured Mr. Atmar of the European Union’s firm support to the continuation and success of the Afghan peace process.

Ms. Urpilainen reaffirmed EU’s long-term support to peace and stability in Afghanistan with an emphasis on immediate ceasefire.

The two sides also discussed EU’s pledge of financial aid during the Afghanistan 2020 Conference held in Geneva and Afghanistan’s commitment for accountability.
They discussed the situation of Afghan refugees in EU member states and further strengthening cooperation in this regard.