Amin Ahmadi, a member of the Islamic Republic of Afghanistan negotiating team says the Taliban has no eager to seriously talk with the republic side.

Ahmadi said the Taliban is trying to release their prisoners based on US agreement in Doha without considering the Afghan people’s demands.

“The Taliban must prepare themselves to accept the principles of justice and fairness in order to prevail peace in the country,” Amin Ahmadi wrote in a note on his Facebook page on Tuesday.

Ahmadi noted that the Taliban group wants the United States to release its prisoners, regardless of the will and opinion of the Afghan government and people to end the war and establish a ceasefire.

The member of the negotiating team of the Islamic Republic of Afghanistan pointed out that the Taliban, on the other hand, continue their war and violence under the name of jihad until the formation of a pure Islamic system”, regardless of the republic system to end the war.

“In fact, the main reason is that the Taliban do not think of a just and inclusive peace, they only think of fulfilling their own aspirations,” he said.

“The Republic side believes that the current Taliban war is not a jihad, but a vicious cycle of killing Muslims, so it is absolutely forbidden and is ready to prove this religious truth in a dialogue with the other side,” he said. 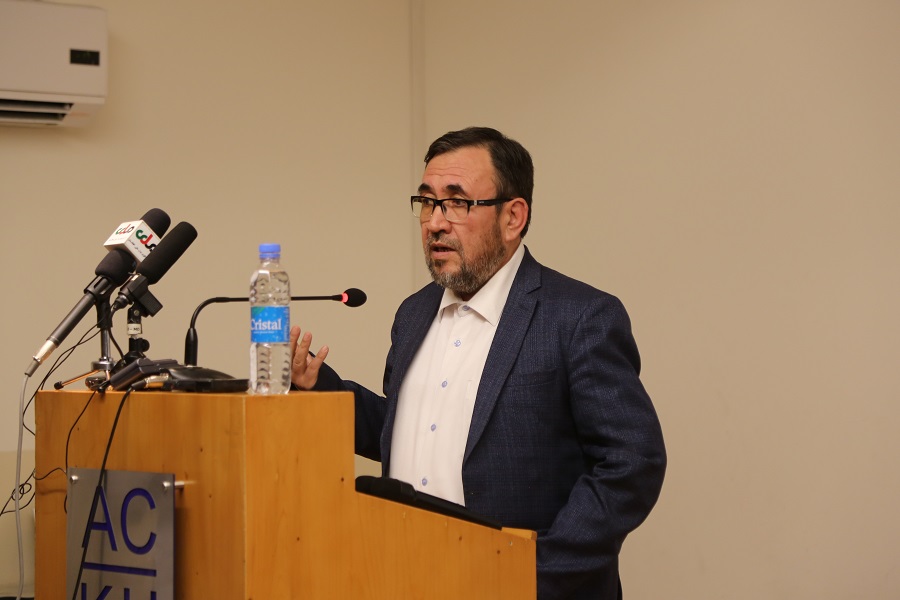 He added that he expects all Ulema and the people to call for an end to the war and emphasize its sanctity.

“The negotiating team of the Islamic Republic of Afghanistan has once again asked them to discuss the current war, both from the perspective of Islam and the Qur’an,” Mansour said.

According to him, first of all, the Taliban should clarify why they kill innocent people every day.

The remarks come as the Taliban are said to be sabotaging the second round of talks due to political developments in the United States.